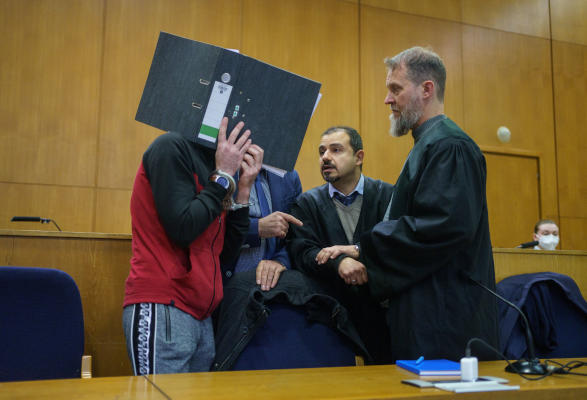 PM Barzani tweeted earlier today, Wednesday, "We welcome the sentencing of ISIS terrorist by German court for genocide against Yezidis, and support similar legal actions against members of the terrorist group worldwide."

"We hope this step contributes to achieving more justice for Yezidi victims and all victims of terrorism," he added.

On Tuesday, a Frankfurt court handed a life sentence to an Iraqi man who joined the Islamic State group for genocide against the Yazidi minority, in the first verdict worldwide to use the label.

Yesterday, Prosecutors said Taha al-Jamili, a former IS member, enslaved a Yazidi girl and her mother in Iraq, then tortured and murdered the 5-year old child in 2015.

The Kurdish-speaking minority was persecuted and enslaved by members of the self-proclaimed Islamic State (IS) group in Iraq and in Syria, when jihadists controlled large swathes of the Middle Eastern countries' territories.

An estimated 10,000 Yazidi people were killed in northern Iraq in the mass atrocities. About 7,000 Yazidi women and girls, some as young as nine, were enslaved and forcibly transferred to locations in Iraq and eastern Syria.

If the Frankfurt court concludes that Taha Al-J. committed genocide, "then it will be the first time that a legal court says that crimes against Yazidis by IS are genocide," said Natia Navrouzov, Legal Advocacy Director at global Yazidi NGO Yazda.

While the crimes have been recognised by the United Nations as amounting to genocide, as well as a few other international and national bodies, "it hasn't happened yet that a court of law has said what happened to the Yazidis is a genocide," the lawyer noted.

"For the victims, it would be something really fabulous. You know, it has been seven years since they've been waiting for this. So it would be a great milestone for us," she told Euronews.

Euronews explores the implications of the landmark case for the Yazidis' long quest for justice and the role European countries play in the process.

Taha Al-J. is an Iraqi national who is believed to have joined IS in 2013. He and his wife Jennifer W., a German national, were allegedly members of the Hisbah, IS' moral police.

He is suspected of prohibiting the girl and her mother from exercising their religion, forcing them to convert to Islam.

The plaintiff's lawyers also say the two were "subjected to almost daily beatings."

One day, after the girl fell ill and wet her mattress, Taha Al-J. chained her up outside as punishment and let her die in the scorching heat, prosecutors said.

Navrouzov told Euronews that the girl died as a consequence of the heat, thirst and malnourishment.

"She was just weak overall," she said."And the mother was there, so she saw it," the lawyer added.

The mother of the child has been a key witness in the case and is represented by lawyers Amal Clooney and Natalie von Wistinghausen at the trial.

Taha Al-J.'s wife, Jennifer W. was recently convicted in a separate trial in Munich for failing to undertake any steps to prevent the death of the child, despite witnessing her husband's act.

Attacks on Yazidi in Iraq were genocide, Dutch MPs say

Barzani to Turkey and PKK: Respect our constitutional entity