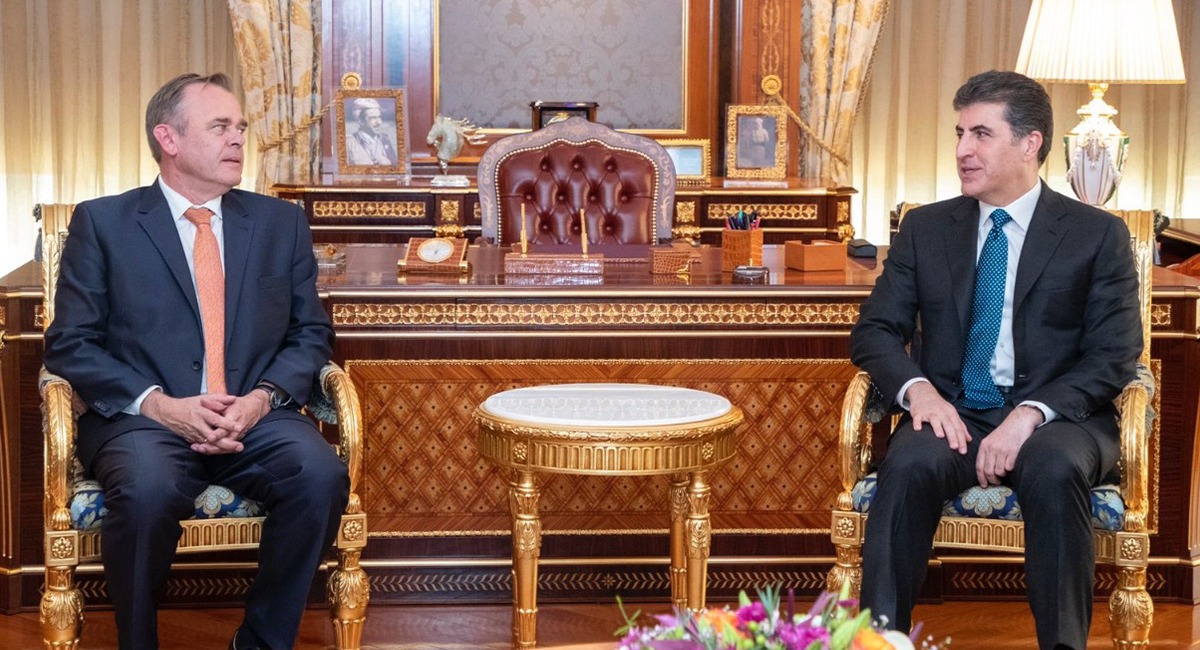 Shafaq News/ Kurdistan's President, Nechirvan Barzani, received the Ambassador of the Kingdom of the Netherlands to Iraq, Michel Rentenaar, in the Region's capital city, Erbil, earlier on Monday.

According to a readout issued by his bureau, the meeting discussed the recent updates on the political situation in Iraq, especially the recent parliamentary elections and the ongoing row over the election results.

"Discussions also covered a wide range of other issues including the Netherlands’ relations with Iraq and the Kurdistan Region in all areas and ways to strengthen bilateral ties, the role and contributions of the Dutch forces within the International Coalition against ISIS, and the Netherlands’ support and cooperation with the Ministry of Peshmarga as part of efforts to reform and unite the Peshmerga forces," the readout said.

The President and the Ambassador agreed that disputes regarding the outcome of the elections should be settled through legal and constitutional channels.

The meeting laid emphasis on "expanding Kurdistan Region’s relations with the Netherlands, particularly in agriculture, investments and private sector, and academic exchange and coordination between the two sides."

President Nechirvan Barzani expressed his appreciation for the Netherlands’ support to the Kurdistan Region and Iraq as part of the Global Coalition against ISIS and valued the contributions of the Netherlands to the Ministry of Peshmarga.