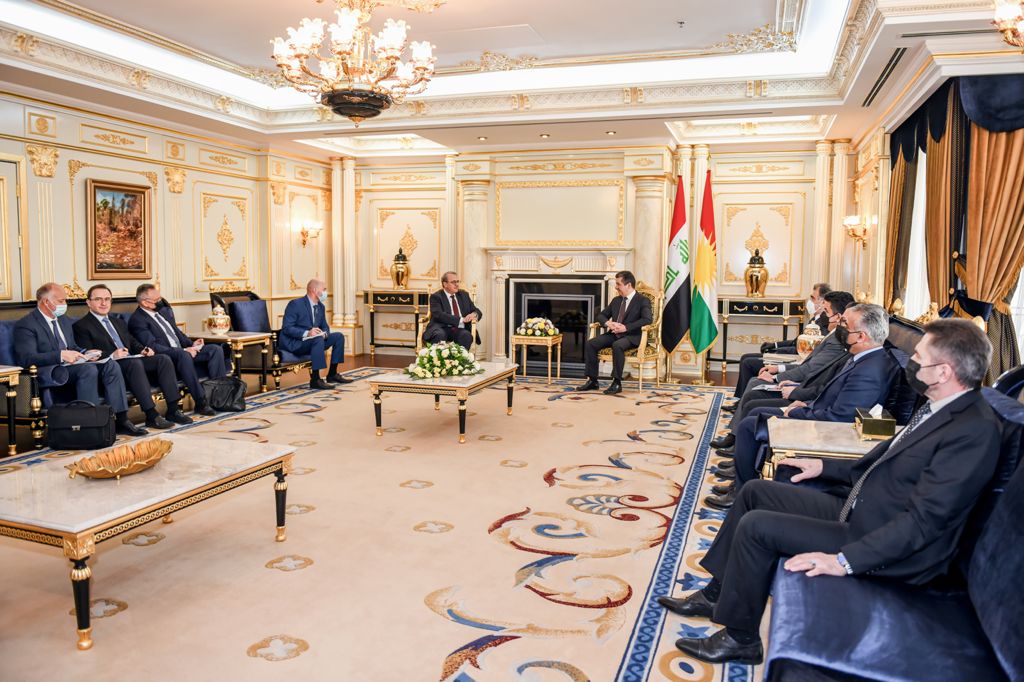 A readout issued by his bureau said that PM Barzani discussed with his guest the latest updates on the political situation in Iraq and the bilateral ties between Erbil and Moscow.

The Russian convoy conveyed the greetings of the Russian President, Vladimir Putin, and shed light on the historic role played by President Masoud Barzani, whom Russia deems a "leader of the Kurdish Nation".

Bogdanov said that Russia takes into consideration the perspective of Kurdistan regarding the variables and developments in the region.

For his part, PM Barzani expressed Erbil's willingness to develop the cooperation prospects with Moscow and expand coordination in issues of mutual interest.

The meeting touched upon the developments in Syria and the Kurds' situation in the Middle East. PM Barzani said that the Kurdish issue in Syria shall be addressed via political means in a manner that guarantees a proper representation for all the Kurdish parties.

PM Barzani: I have full confidence in the security forces' capacity to protect voters