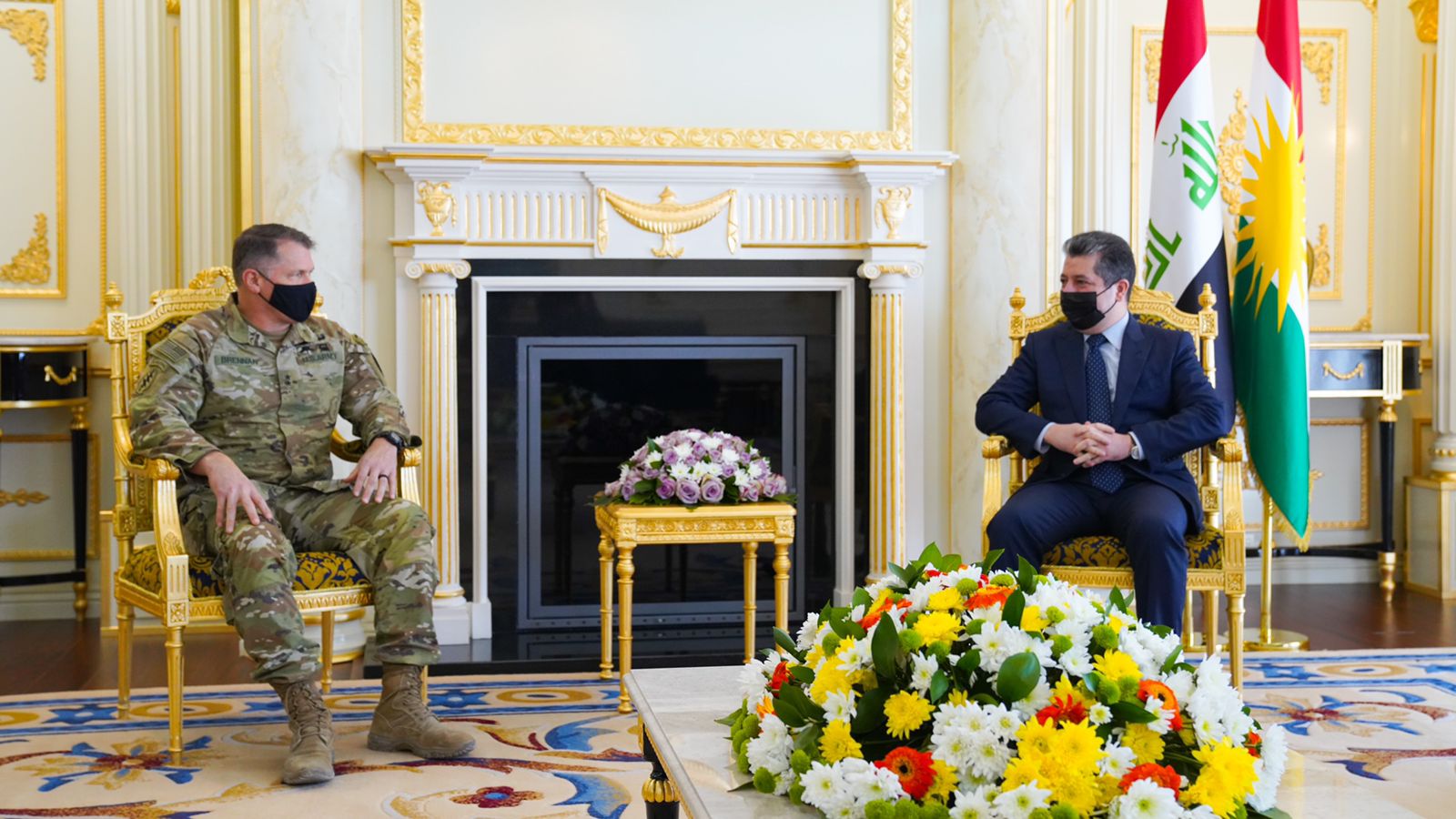 Shafaq News / The Prime Minister of the Kurdistan Region, Masrour Barzani, confirmed that the stability of Iraq will have a positive impact on the security and stability of the whole region.

This came during a meeting between PM Barzani and the commander-in-chief of the Global coalition forces in Iraq and Syria, General John Brennan.

According to an official statement, the two parties discussed during the meeting, the latest developments in Iraq and Syria, as well as issues of mutual interest.

Brennan stressed the coalition's continuous support for the Peshmerga forces in the war against ISIS, reiterating at the same time that ISIS still poses a real threat in Iraq and Syria.

For his part, PM Barzani thanked the Global coalition for its support, and stressed the importance of coordination between the Peshmerga and the Iraqi army, especially in the Kurdish areas outside the region's administration.

Masrour Barzani: We conveyed Baghdad and the Coalition information on the perpetrators of Erbil Attack