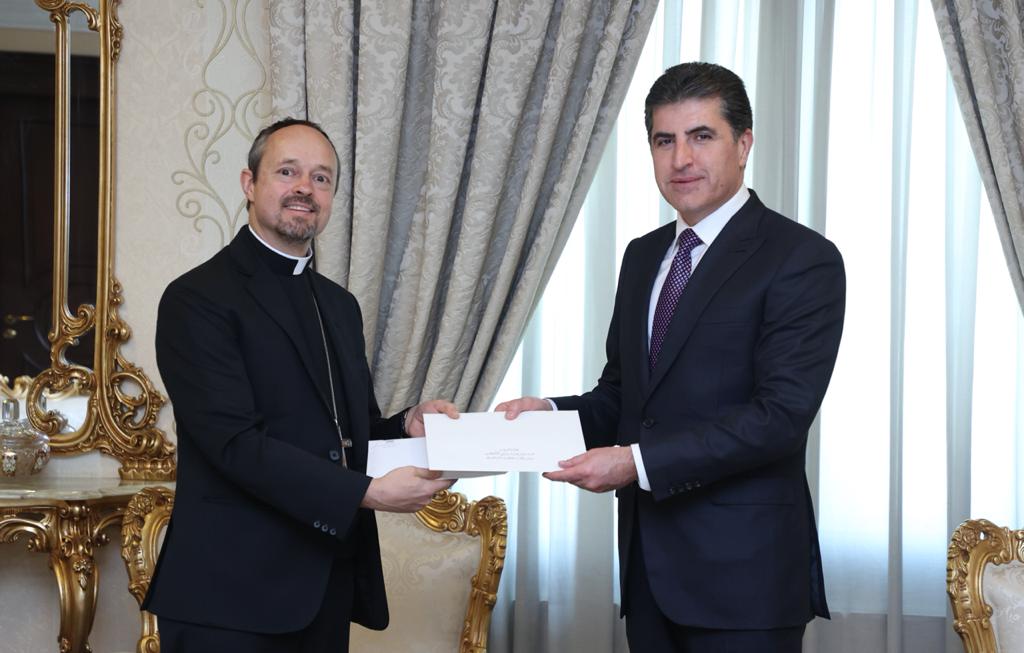 Shafaq News / The President of the Kurdistan Region, Nechirvan Barzani, received today a written message from Pope Francis, in which he expressed his thanks for the warm reception he received during his visit.

This came during his meeting with Barzani, at his residence in Baghdad, Mitia Lescovar, the Vatican ambassador to Iraq.

A statement issued by the Presidency of the Region said that the Vatican Ambassador expressed his happiness for the success of the Pope's visit to Iraq and the Kurdistan Region.

For his part, Barzani described the visit as a mission, stressing, "all of us in Iraq should benefit from the visit and its messages of peace, respect, and tolerance.

The two sides stressed the importance of consolidating the spirit and culture of cohesion, coexistence and acceptance, which represent, according to Barzani, ancient and deeply rooted culture for the people of Kurdistan, which remains a safe haven for all religions and components.