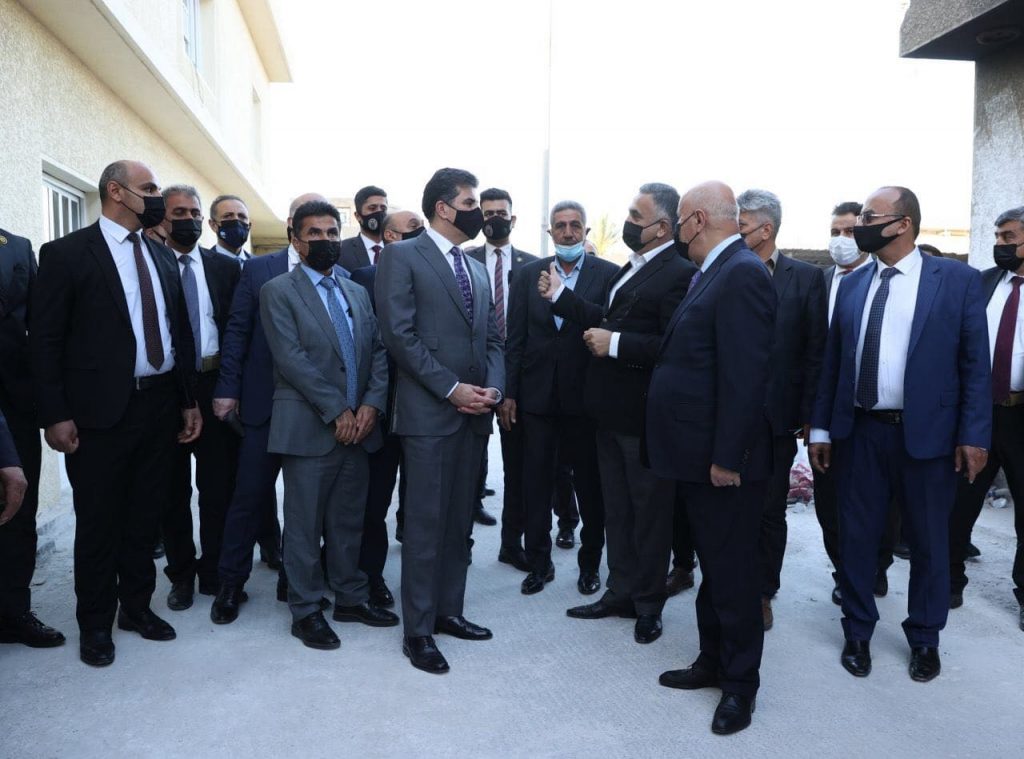 Shafaq News / The President of Kurdistan Region, Nechirvan Barzani, inspected during the second day of his visit to Baghdad, the Kurdistan Democratic Party, previously attacked and burnt by an armed group.

A statement by the region’s Presidency said that Barzani expressed his regret for the incident committed by a number of outlaws, and said, "We came today to the branch to visit our brothers. We expressed our support for them and we will do what we can to help them, and we hope that the law will take its course after the complaint they filed."

Barzani said that the perpetrators must be held accountable.

Supporters of Shiite factions burned the KDP headquarters in Baghdad on October 17, 2020, following the statements of the party's leader, Hoshyar Zebari, which were considered offensive to al-Hashd al-Shaabi.