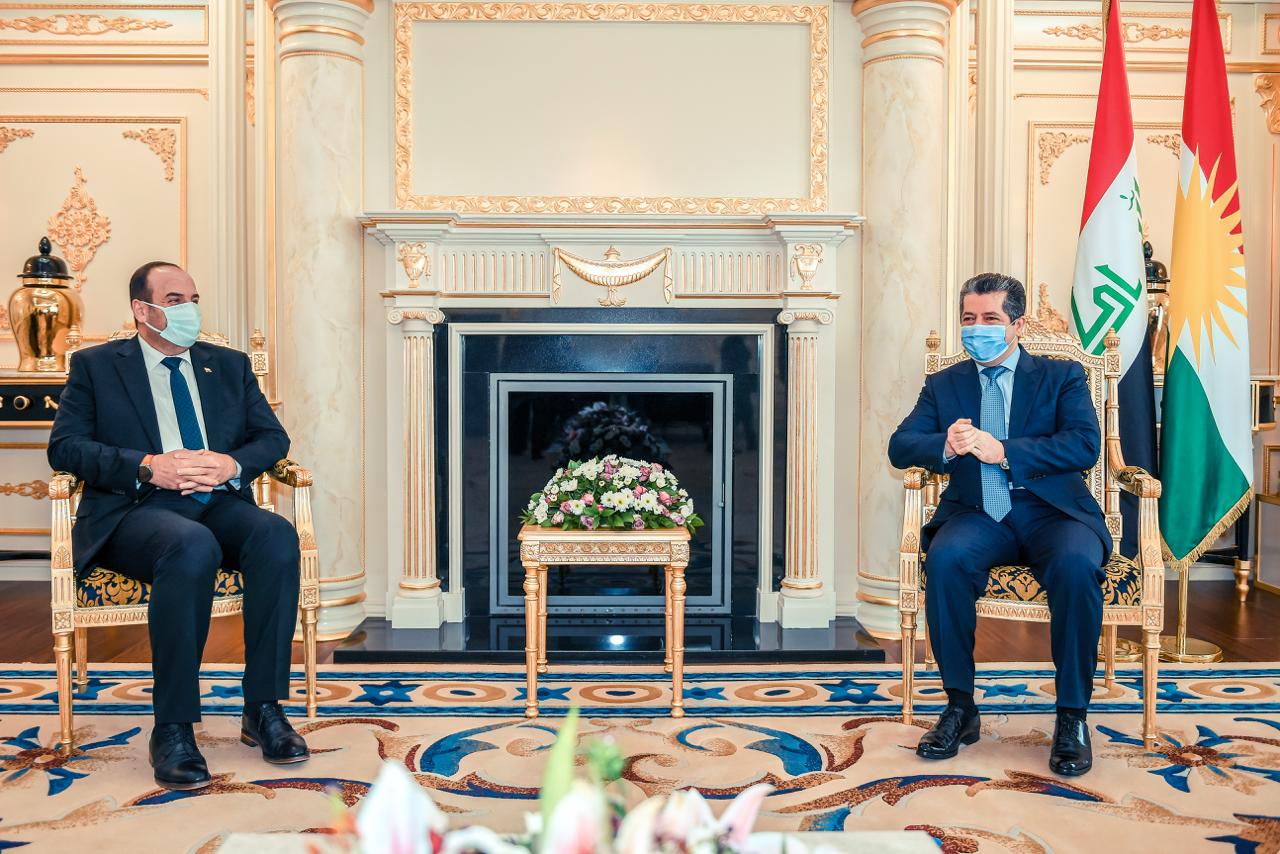 Shafaq News/ The Prime Minister of the Kurdistan Regional Government, Masrour Barzani, hosted the head of the Syrian National Coalition Naser El-Hariri and his companions on Thursday.

The meeting started off by discussing the latest political updates in Syria and region-wide, especially the efforts made to solve Syria's current problems.

The head of the Syrian National Coalition thanked the Kurdistan Region for always standing by the Syrian people especially by sheltering and hosting hundreds of thousands of Syrian refugees despite its difficult circumstances.

The Prime Minister pointed out that the Kurdistan Region supports all efforts made to solve problems in Syria and bring peace and security by giving all Syrian and Kurdish people in Syria their rights.

He also expressed his concern about the violations in Efrin, hoping that they will be put to an end.