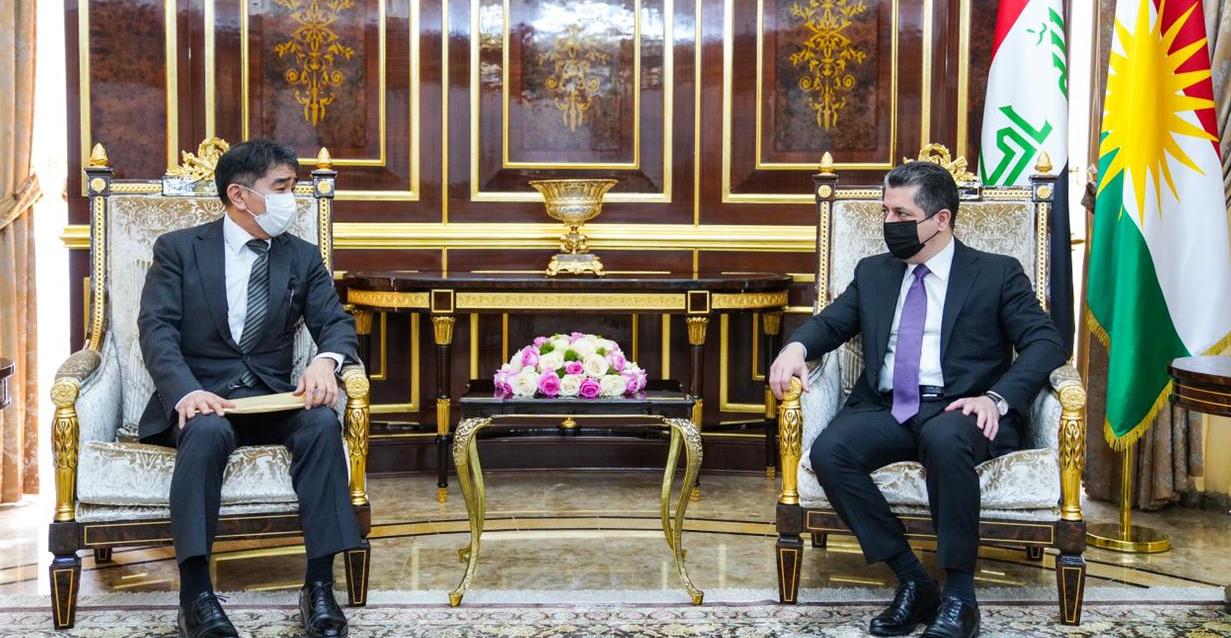 In a statement, the Kurdistan Regional Government's Presidency said that the Japanese ambassador praised Kurdistan's important role in maintaining the region's stability.

Kotaro stressed his country's support to the Kurdistan Regional Government, especially in promoting Japanese investments in the region, expressing appreciation for the assistance and facilities the government provided to Japanese non-governmental organizations and agencies in the region.

For his part, Barzani thanked Japan for its continuous support for the Kurdistan Region, and welcomeddeveloping prospects for comprehensive cooperation with Japan in various fields.

The statement pointed out that the head of the consular office of Japan in Erbil, NAGAYAMA Yoshiko, attended the meeting, where the Prime Minister wished her success as she concludes her mission in the Kurdistan Region.