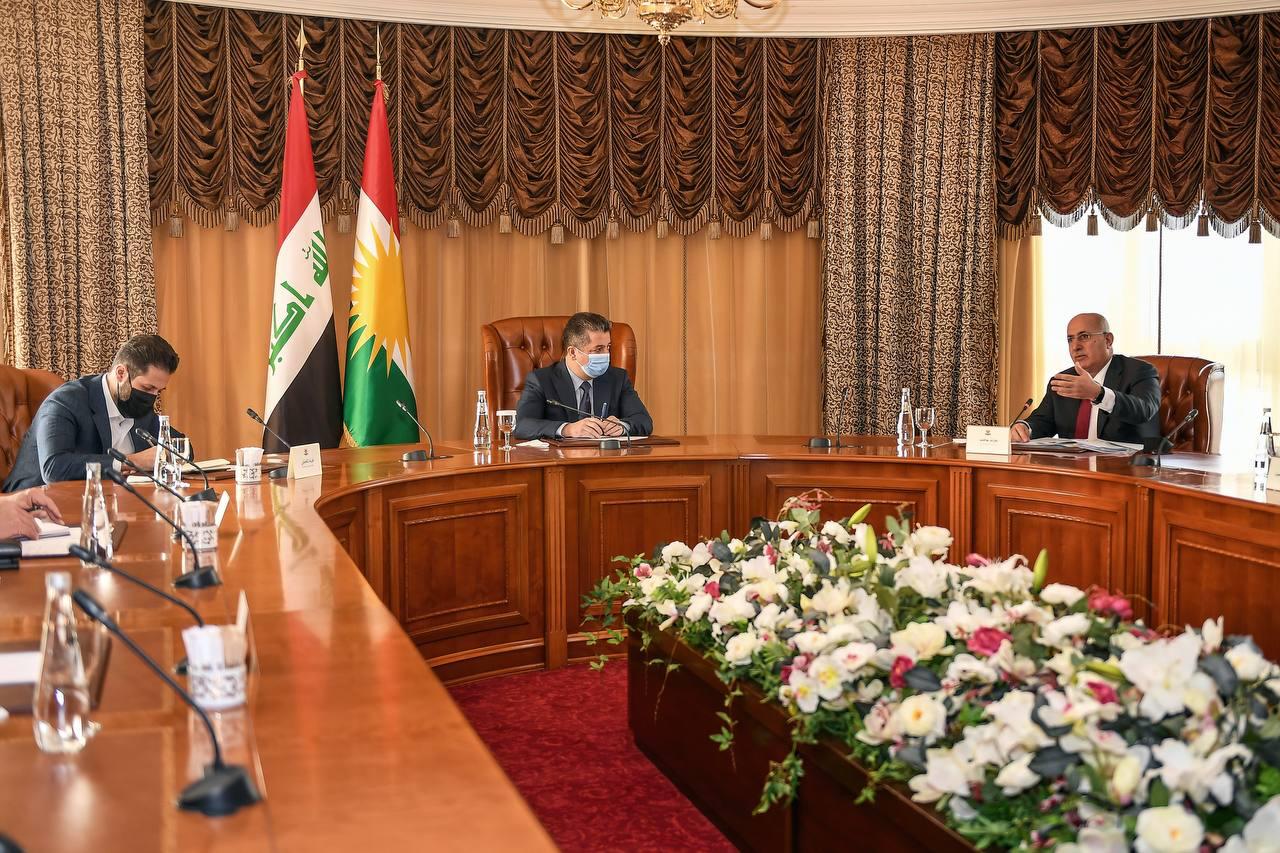 During the meeting attended by Deputy Prime Minister Qubad Talabani, the current financial situation in the region and the ongoing preparations for drafting the Kurdistan Region Budget Law for the year 2021 were discussed, as well as the data, expenditures and estimated revenues of the ministries.

A statement issued by the regional government said that the meeting stressed the importance of preparing a budget bill that considers all possibilities and guarantees a realistic, transparent budget that depends on oil and non-oil revenues, the financial deficit and actual expenditures.

The meeting also discussed the latest developments in the federal budget bill for 2021, which will probably be voted upon next week.

The President of the Regional Government affirmed the Kurdistan Region's firm position to reach a radical solution to the Baghdad-Erbil outstanding problems, hoping that the Iraqi parties would welcome the initiative of the Federal Prime Minister Mustafa Al-Kadhimi, to conclude a final and comprehensive solution to these problems.

Yesterday, the Iraqi Council of Representatives' Speaker, Muhammad al-Halbousi, directed to include the federal budget bill on the Parliament's agenda for the next session.

Shafaq News Agency correspondent reported that Al-Halbousi had directed the inclusion of the budget bill on the agenda for next Monday's session, upon a request submitted by MP Yousef Al-Kalabi and signed by 150 Representatives.

Kurdistan's PM to participate in the World Economic Forum in Switzerland