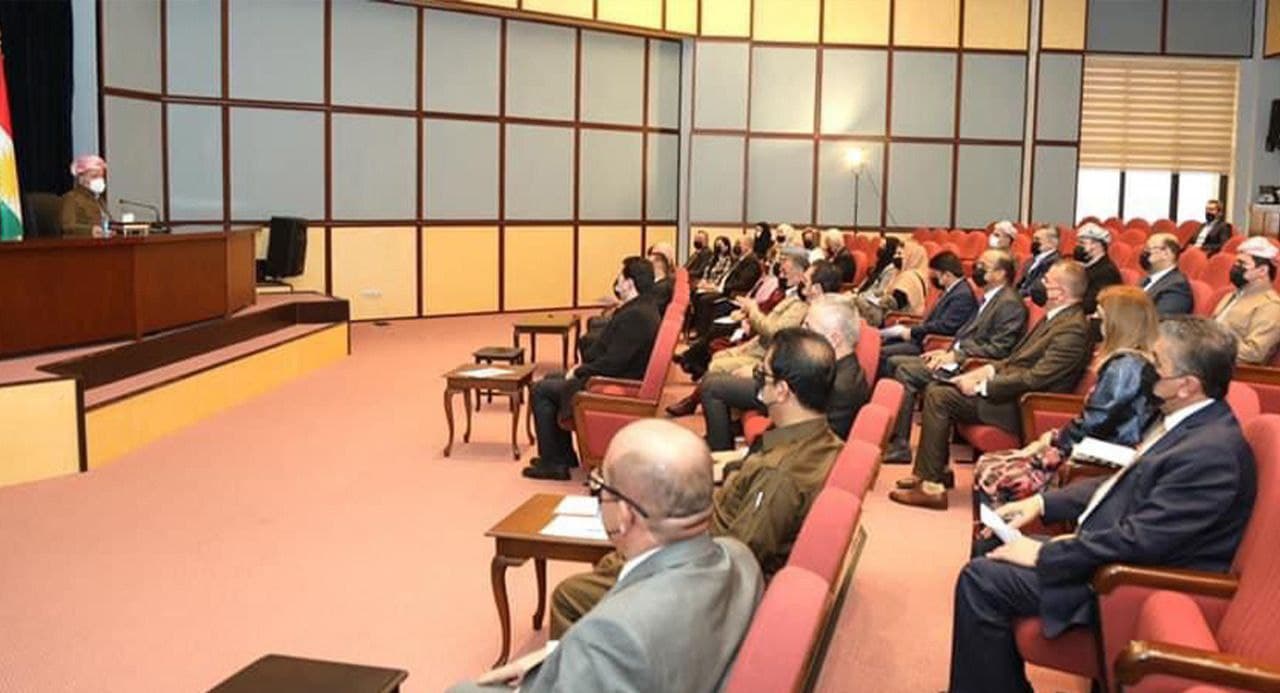 Shafaq News/ The President of the Kurdistan Democratic Party (KDP), Masoud Barzani, received in his headquarters in the Saladin resort, northeast Erbil, the party's bloc in the Iraqi Parliament, earlier today, Thursday.

A statement issued by the Barzani headquarters said that the Kurdish leader congratulated the head of the bloc, Vian Sabri, and the Spokeswoman to the bloc, Vian Dakhil, wishing them success in their mission.

The former President of the Kurdistan Region offered recommendations and instructions to the attendees on the latest updates on the political arena in Iraq.

The Kurdistan Democratic Party won 31 seats in the Iraqi legislative election held on October 10. It ranked fourth behind the Sadrist bloc (73), Takaddom (37), and the State of Law (33) alliances.

Both Vian Sabri, MP of Duhok, and Vian Dakhil, MP of Sinjar, represented the KDP in the previous parliamentary lineup. Sabri was also the head of the bloc back then.

FICC files lawsuit against the Speaker of the Kurdistan Region's Parliament

On Easter, Leader Barzani extends congratulations to the "Christian brothers and sisters"