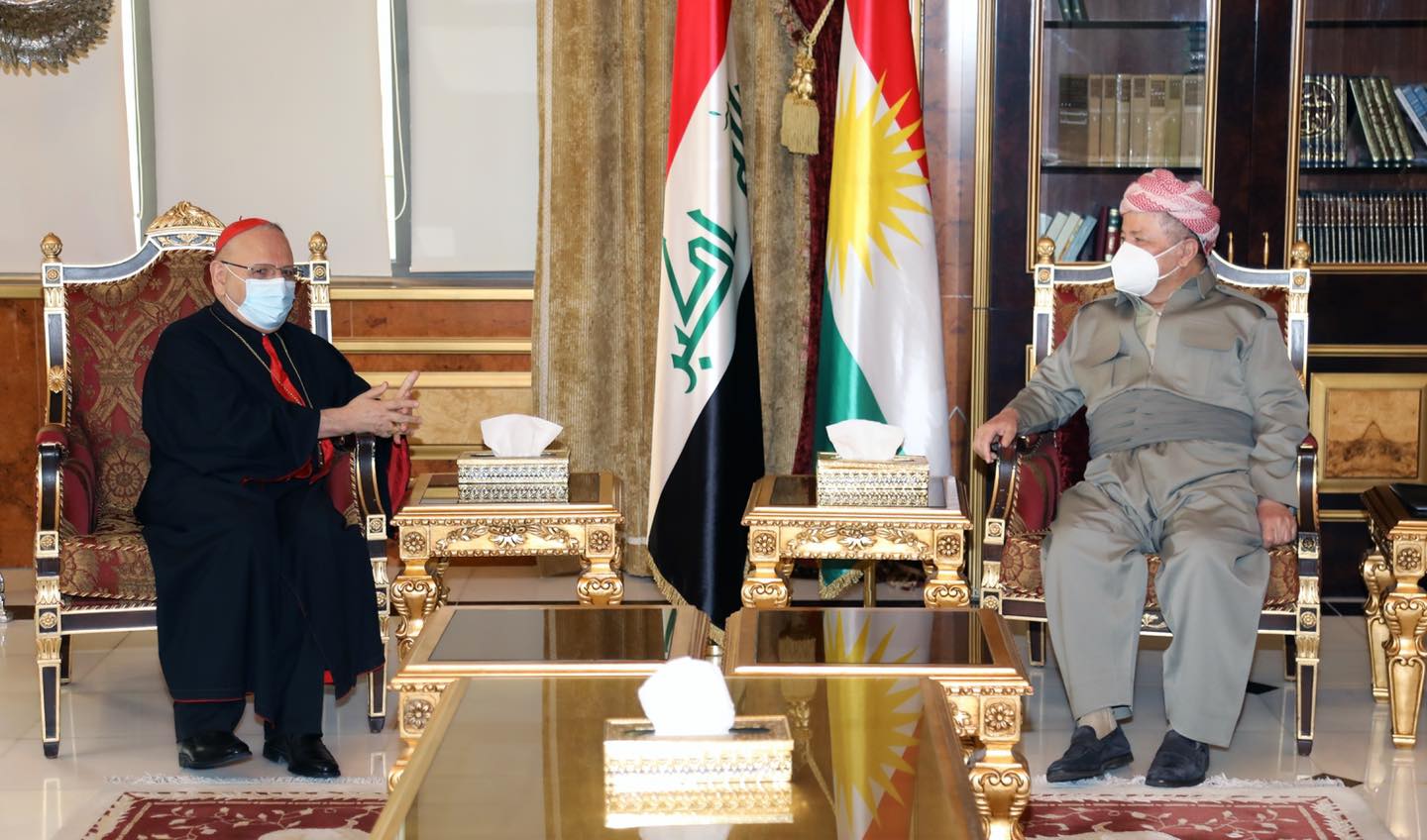 Barzani’s media office said in a statement, the two sides discussed the political situation in Iraq, the security and political challenges facing the political process, and coexistence among the Iraqi components.

Sako also expressed appreciation for the Kudish Leader efforts “in protecting the components, deepening the principles of the coexistence culture, and strengthen the ties among religions and components in the Kurdistan Region and Iraq,” according to the statement.

During the meeting, both stressed the importance of “preparing the ground” that would encourage Christians and other components to “return their homeland, and not leaving Iraq.”

It is noteworthy that the number of Christians in Iraq has declined for years. Today, the number is estimated to be in the 300,000-500,000 range, compared to about 1.5 million that lived in the country in 2003, before the United States invasion that toppled the Saddam Hussein government.