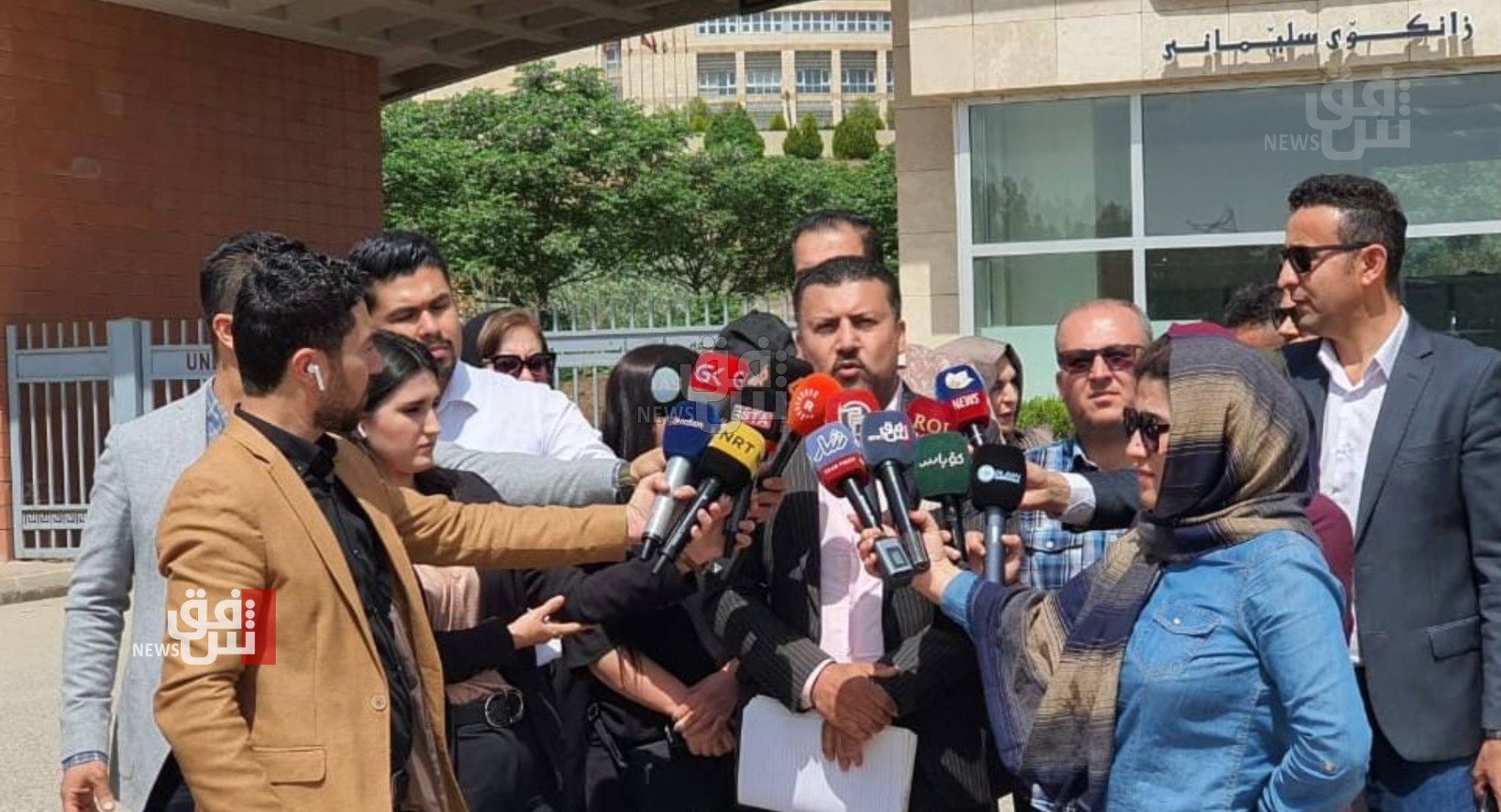 Shafaq News/ Lecturers and employees from the University of al-Sulaymaniyah gathered on Saturday to protest the repeated delay of their salary disbursement, demanding the parties that "run al-Sulaymaniyah", in reference to the Patriotic Union of Kurdistan (PUK) and the Change (Gorran) Movement, to address the situation.

Spokesperson to the protestors, Aram Aziz, said in a press conference, "we have not received our salaries, in a full and sustainable manner, since September 2014."

"The public servants are victims of the continuous political rows. The political participation shall dissociate our sustenance from their ongoing disputes," he added.

"We are aware that the [Kurdistan] region is not plunged into a financial crisis, but our resources are not in safe hands," he continued, "in Erbil, our colleagues received the salaries of March; why would not we in al-Sulaymaniyah?"

"The PUK and Gorran shall find a solution for this issue," he said, citing their roles as "the parties that run the city."

"Kurdistan's Minister of Higher Education and Scientific Research is not aware of our problem," Aziz said, urging him to intervene.