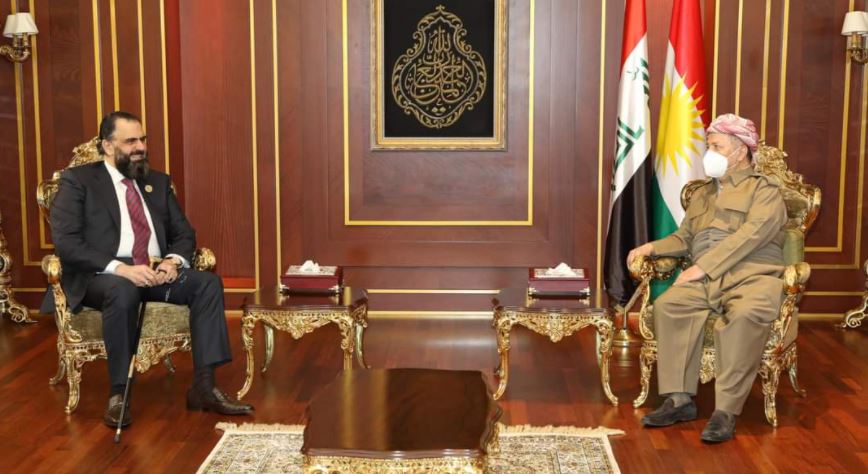 In a statement, Barzani’s office said he discussed with Sheikh Nehru Muhammad Kasnazani the general situation in Kurdistan, Iraq, and the region.

At-Tariqah Al-Aliyyah Al-Qadiriyyah Al-Kasnazaniyyah, shortly known as Kasnazani, is a Sufi order popular in Iraq and Iran that dates back almost one thousand years with a chain of transmission, they say, that traces back to the Prophet Muhammad.

Leader Barzani received a phone call from the French President

Kurdish Barzani extends al-Adha greetings to the people of the Middle East, World

Shoresh Ismail briefs Masoud Barzani on a Peshmerga delegation visit to US, UK