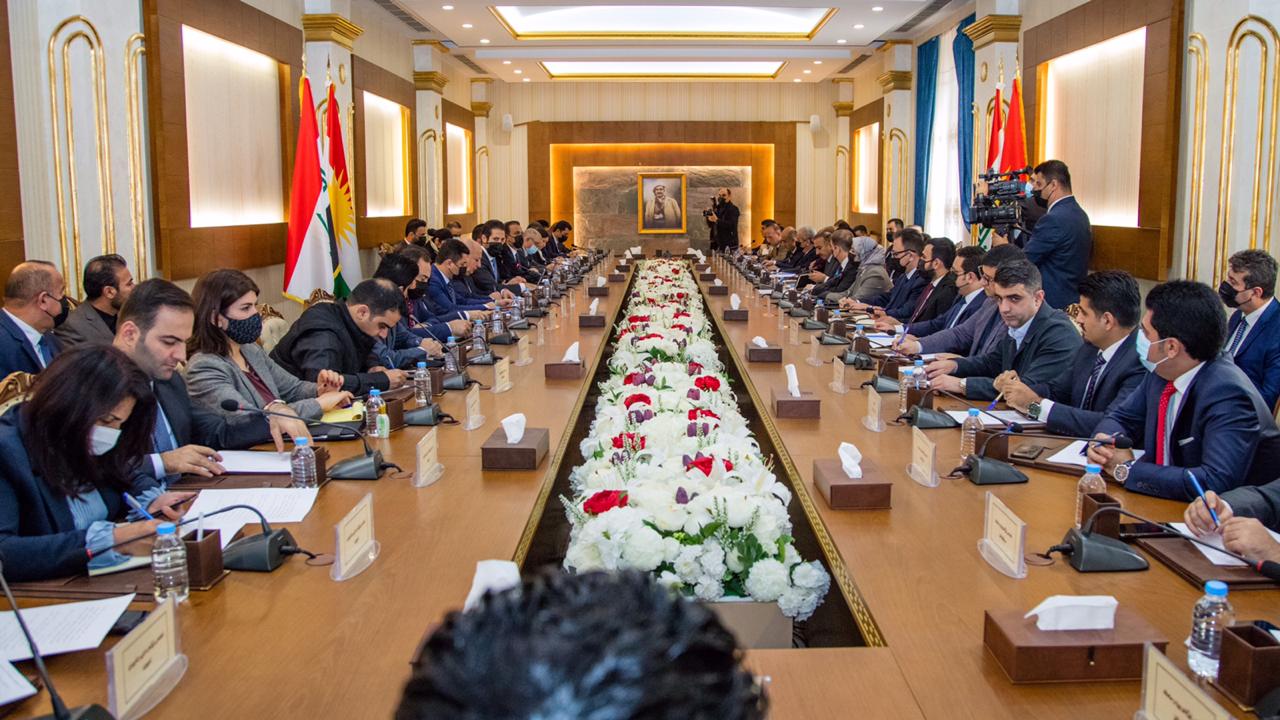 Shafaq News / Kurdistan Regional Government Vice President announced, on Monday, that the region had reached an agreement with the Iraqi government regarding the 2021 budget.

He said during a press conference after a meeting with the Kurdistan Parliament, "We have repeatedly expressed to the current and former federal government our readiness to deliver 250 thousand barrels per day (in exchange with the financial dues)"

He added, “More coordination between the Kurdish political forces is needed to approve the budget law in the Iraqi parliament containing the region share.”

This morning, the Presidency of the Kurdistan Parliament hosted met with the negotiating Kurdish delegation.

The meeting was attended by leaders of parliamentary blocs and heads of committees in Kurdistan Parliament, and Qubad Talabani, and members of the delegation.

The meeting discussed the results of the recent negotiations with Baghdad regarding the region’s financial dues.