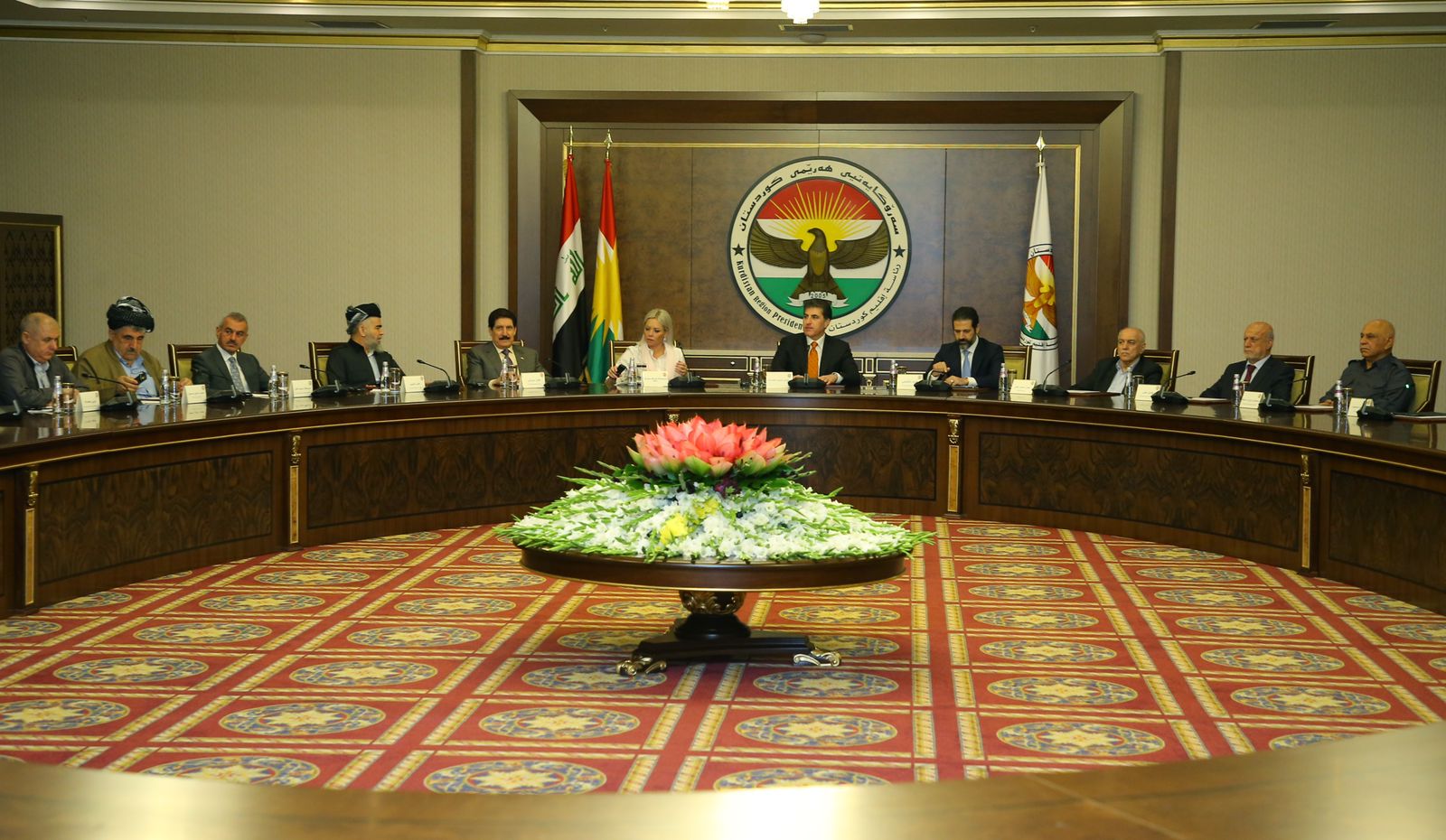 Shafaq News/ On Thursday, the Kurdish political parties held a meeting to discuss issues related to the elections and the current developments in Kurdistan and Iraq.

The meeting was attended by the President of the Kurdistan Region, Nechirvan Barzani, the Special Representative of the Secretary-General of the United Nations, Jeanine Hennis-Plasschaert, and the United Nations election team of experts.

In a statement, the Kurdish Presidency said that President Barzani thanked the efforts of the UN Envoy and the political parties for responding to the invitation to attend this meeting.

The meeting discussed the upcoming legislative elections in Kurdistan in terms of preparations and the convergence of the views of the political parties on the election law and the Independent High Commission for Elections, and others.

The attendees agreed on the need to “hold elections in the interest of the Kurdistan Region and to proceed with the democratic process,” noting that “the Presidency would continue its efforts to solve the remaining problems facing the election law.”

In the meeting, it was decided to form a secretariat in the Kurdish presidency in coordination with the UNAMI team to follow up with the political parties to prepare a report in this regard before the first of next July.

Concerning the Erbil attack, the meeting strongly condemned the “terrorist” act launched with a booby-trapped drone, considering it a “serious threat to the security and stability of Iraq.”

According to the statement, the attendees called on the federal government to prevent the recurrence of such attacks.