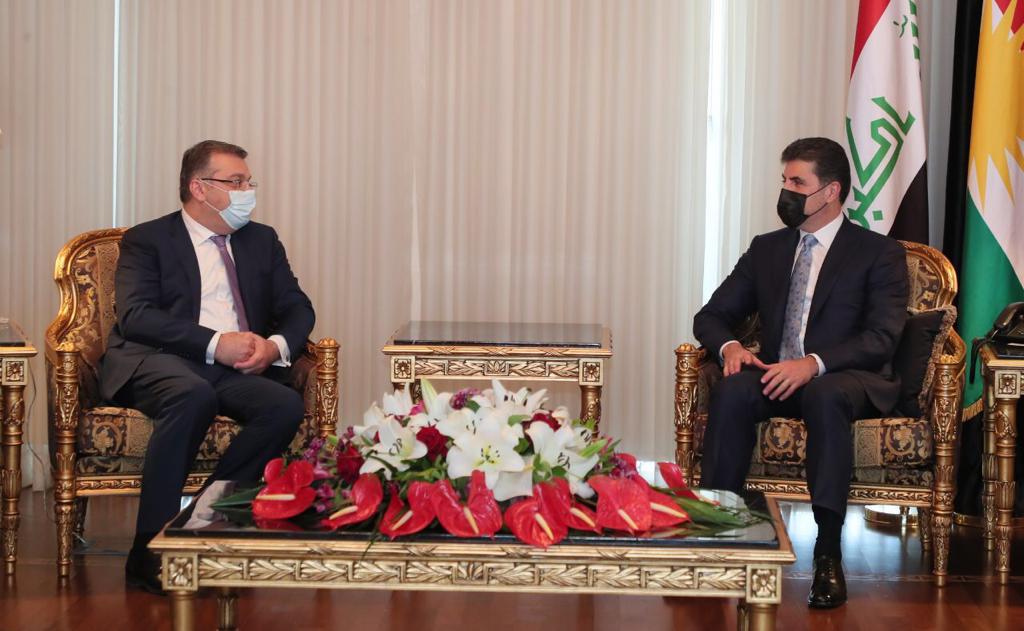 The Kurdish’s presidency said in statement, Barzani received today, the Armenian Deputy Foreign Minister in Erbil, the Armenian ambassador to Baghdad and the Armenian Consul General in Erbil.

The two sides discussed the political and diplomatic talks held by the Armenian Deputy Foreign Minister in Baghdad, relations between the Region, Iraq and Armenia, the life conditions of the two communities.”

The two parties also discussed the opening of the Armenian embassy in Baghdad and the consulate general in Erbil, and an Armenian cultural center in the Erbil Citadel, in addition to opening direct flights from Baghdad and Erbil to Yerevan, as well as exchanging experiences in the fields of university studies, technology and agriculture.

The statement indicated that the Armenian Deputy Foreign Minister had expressed his country's desire to further relations with the Region in all fields thanking the Region for taking care of the Armenian component, which is “represented in the Kurdish Parliament, has its own churches and their rights are protected.”