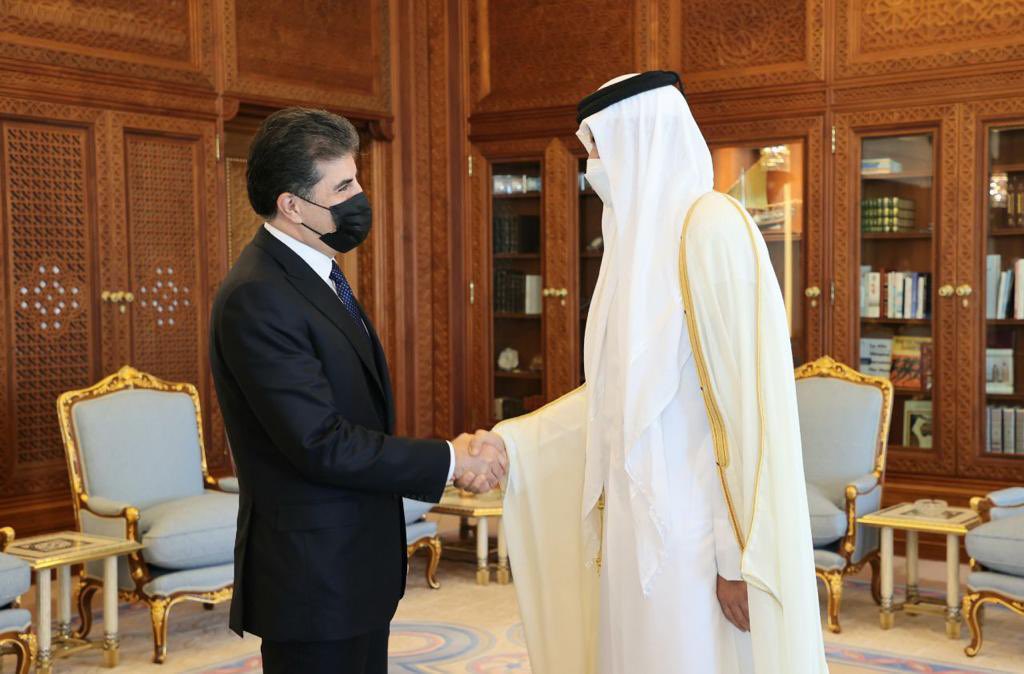 Shafaq News/ The President of the Kurdistan Region, Nechirvan Barzani, met the Emir of Qatar and its prime minister in Doha on Sunday.

"I had the pleasure of meeting the emir of Qatar, his highness Sheikh Tamim bin Hamad Al Thani, in Doha," President Barzani tweeted, "We held talks on strengthening and developing our bilateral relations, in addition to issues of common interest in Iraq and the Middle East."

"During their meeting, supporting and enhancing mutual cooperation was discussed, along with several topics of mutual interest," read a statement from the emir's office.

Barzani arrived in Doha on Saturday evening and met Qatar’s Foreign Minister Sheikh Mohammed bin Abdulrahman bin Jassim Al Thani. They discussed “boosting the relations of the Kurdistan Region and Iraq with Qatar, and highlighted investment opportunities for Qatari businesses in the Kurdistan Region and on to Iraq,” according to a statement from Barzani’s office.

Kurdistan's President: we must prepare together for the challenges of the next stage