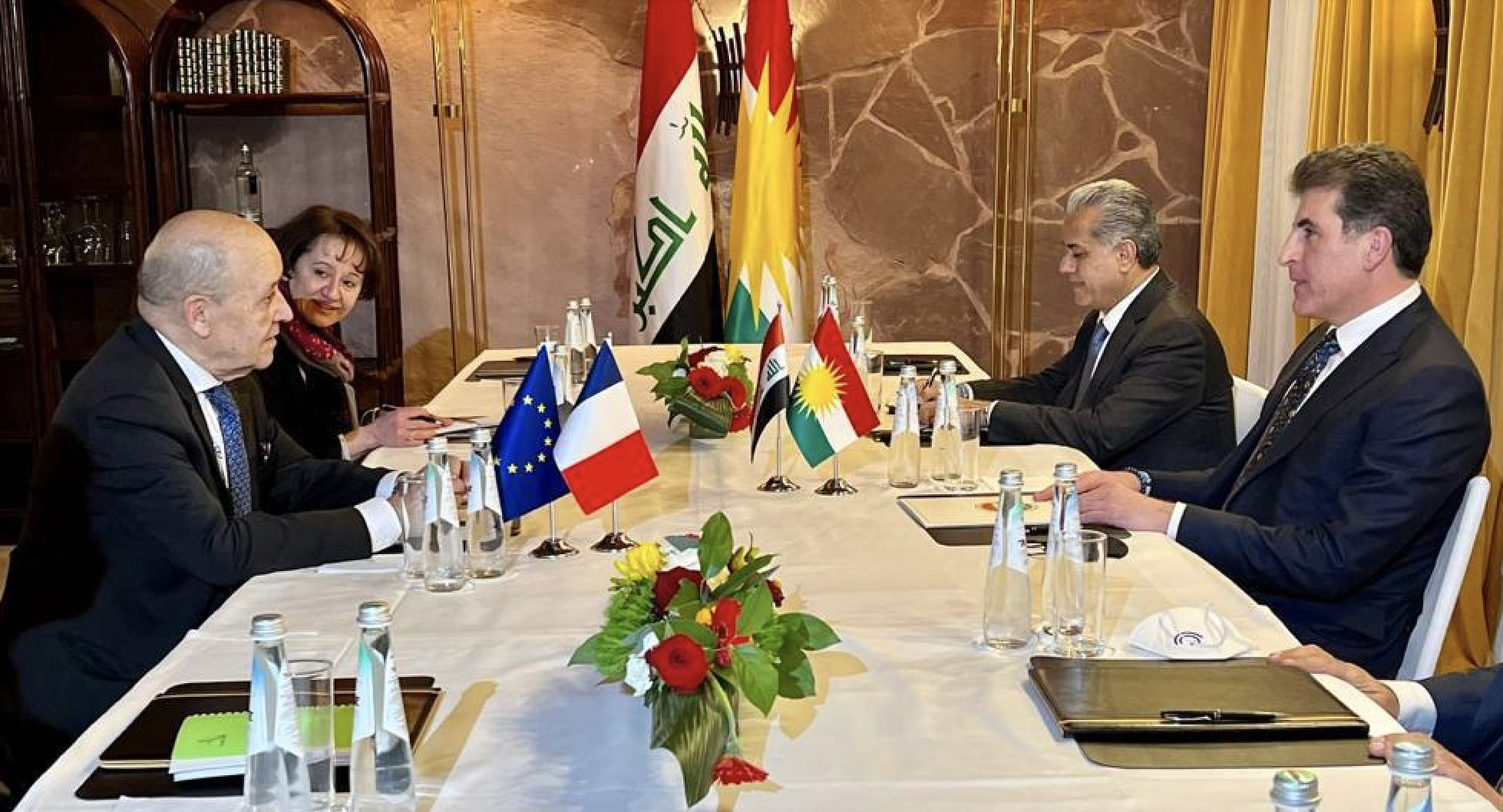 Shafaq News/ On Saturday, Continuing his meetings in Germany on the sidelines of the Munich Security Conference, President Nechirvan Barzani met with the French Foreign Minister Jean-Yves Le Drian.

During the meeting, The two sides discussed the latest developments in Iraq's political and security situation, the dangers and threats of ISIS in Iraq and Syria, the relations between Erbil and Baghdad, and the ties of Iraq and Kurdistan with neighboring countries.

Barzani thanked France for the "continuous assistance and support to the Region,” noting that the two sides "shared the desire to develop and strengthen relations between Kurdistan and France."

They also highlighted the efforts of the French Embassy in Baghdad and the French Consulate General in Erbil to boost ties among France, Iraq, and the Kurdistan Region.