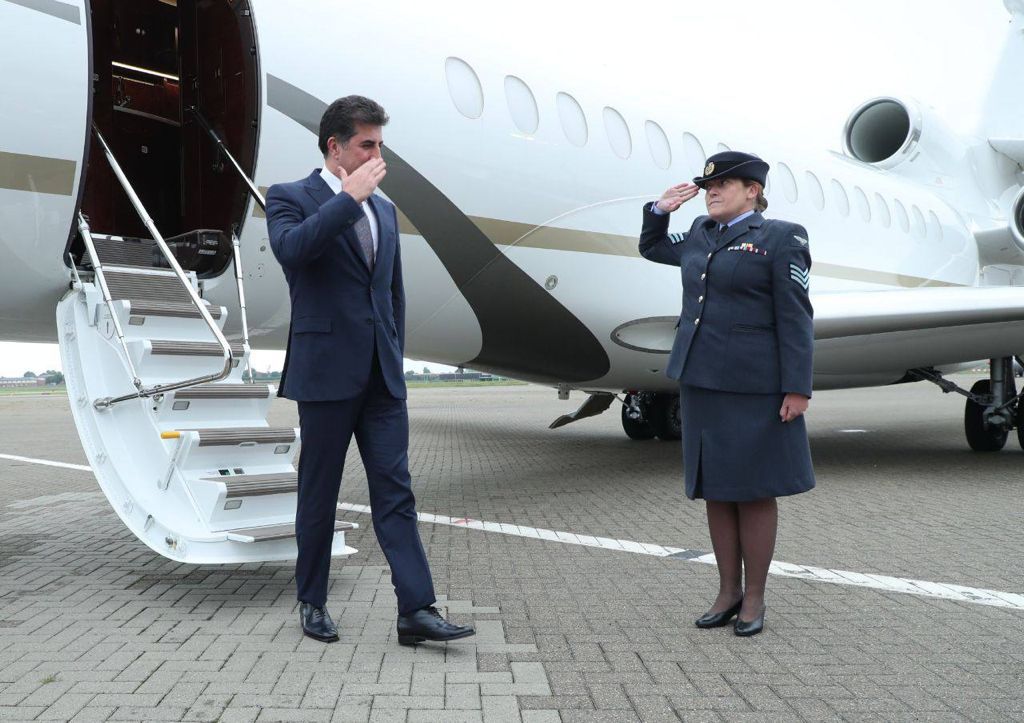 Shafaq News/ The President of Kurdistan Region, Nechirvan Barzani, arrived today, Wednesday, in London, the capital, in an official visit.

The Presidency said in a statement that President Barzani would meet with the UK's Prime Minister Boris Johnson, the Ministers of Foreign Affairs and Defense, and other British officials.

The statement added that the President would discuss ways to strengthen relations and expand areas of cooperation and partnership of Iraq and the Kurdistan Region with the United Kingdom, the war on terrorism, security and stability in Iraq, and the region in general.