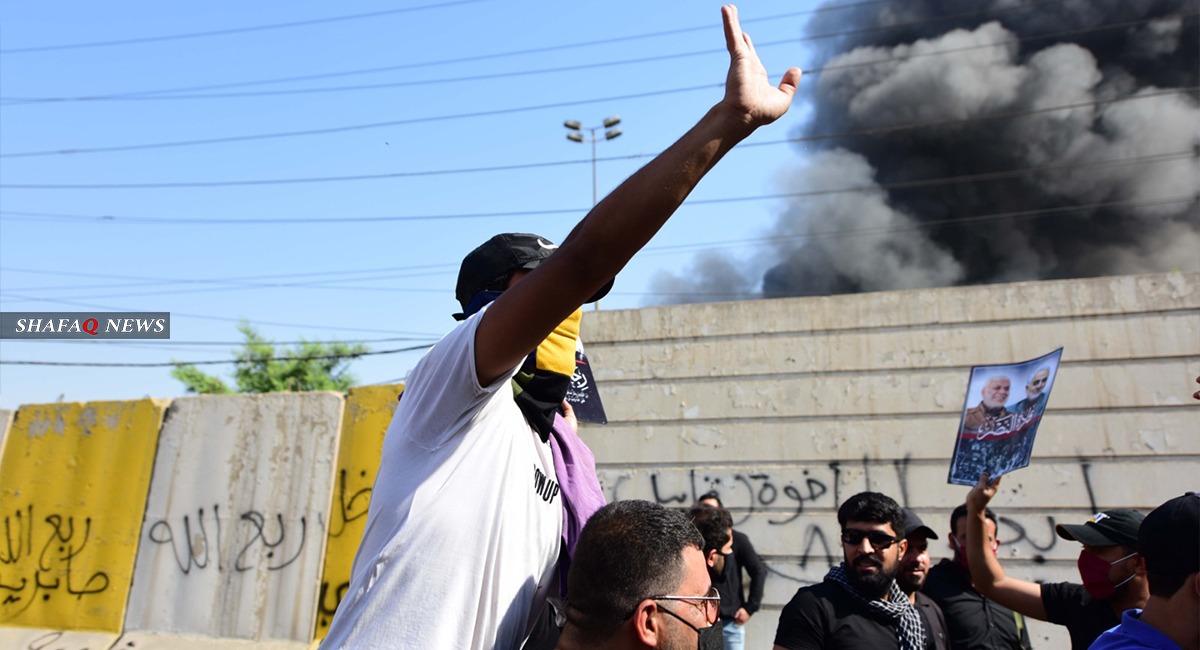 Shafaq News / The Kurdistan ’Parliament and president demanded, on Thursday, the Iraqi authorities in Baghdad to conduct an investigation into the attack on the headquarters of the Kurdistan Democratic Party where the Kurdish flag was burned.

"We strongly condemn this attack and the burning of the Kurdish flag, which is a symbol of the whole region because it represents the sacrifices of our people to reach freedom and democracy." The parliament said in a statement.

"We ask the federal government and parliament to investigate this incident and take all the legal acts for stabilizing the peaceful coexistence," it added.

For his part, the President of the Kurdistan Region, Nechirvan Barzani, discussed in a telephone call the attack with the Iraqi Prime Minister, Mustafa Al-Kadhimi, stressing the need to hold to conduct a full investigation to hold the perpetrators accountable.

Earlier, in an official statement, Barzani condemned the attack on the Kurdistan Democratic Party in the capital, Baghdad, by supporters of the Popular Mobilization Forces (PMF).

"This morning, an outlaw group carried out a sabotage act against one of the main forces that confronted the dictatorship in Iraq, and this attack on peaceful coexistence is inconsistent with the principles of the constitution, democracy and human rights." Barzani said in a statement.

He added that “the Peshmerga forces, the PMF and the Iraqi armed forces have a common history in the war against ISIS, and we hope that this partnership will lead to more political cooperation in order to save all the people of Iraq.”

“This new partnership among the components of the new Iraq should not be affected by any problems. “He declared.