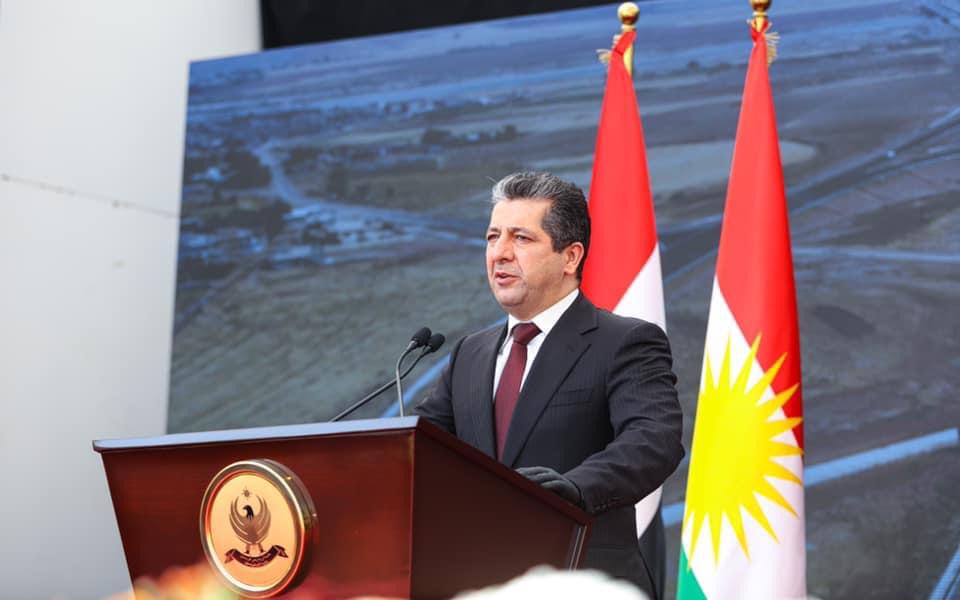 Shafaq News / The Prime Minister of Kurdistan Regional Government, Masrour Barzani, opened the 22 Km Rovia Gopal road, which links between the governorates of Erbil and Duhok.

The governor of Duhok, Ali Tatar, said in a speech during the inauguration of the road, that this project provides facilities in all areas and for all citizens and was completed according to modern designs, adding that despite the severity of the crises, projects are being completed.

Tatar added that this international road connects the Kurdistan Region with Turkey on the one hand and extends to the borders of Al-Sulaymaniyah on the other hand.

For his part, the Minister of Construction and Housing, Dana Abdulkarim, said in a speech, "We seek to ensure that service projects include all regions of the region", adding, "this road will reduce traffic accidents and help farmers to transport their crops".

The minister added that the project is completed by 72%, while the Gopal Bridge is 82% complete.

Furthermore, PM Barzani said, "The project was well accomplished by local Kurdish hands", indicating that, "We in the government have attached importance to these projects and rehabilitating the infrastructure".

"Why does the government accomplish projects and not distribute salaries on time? I would like to say that the regional government is doing its best to secure salaries, but COVID-19 and the economic crisis reflected badly on the Kurdistan Region, although we have reduced government expenditures to the lowest levels", Barzani said.