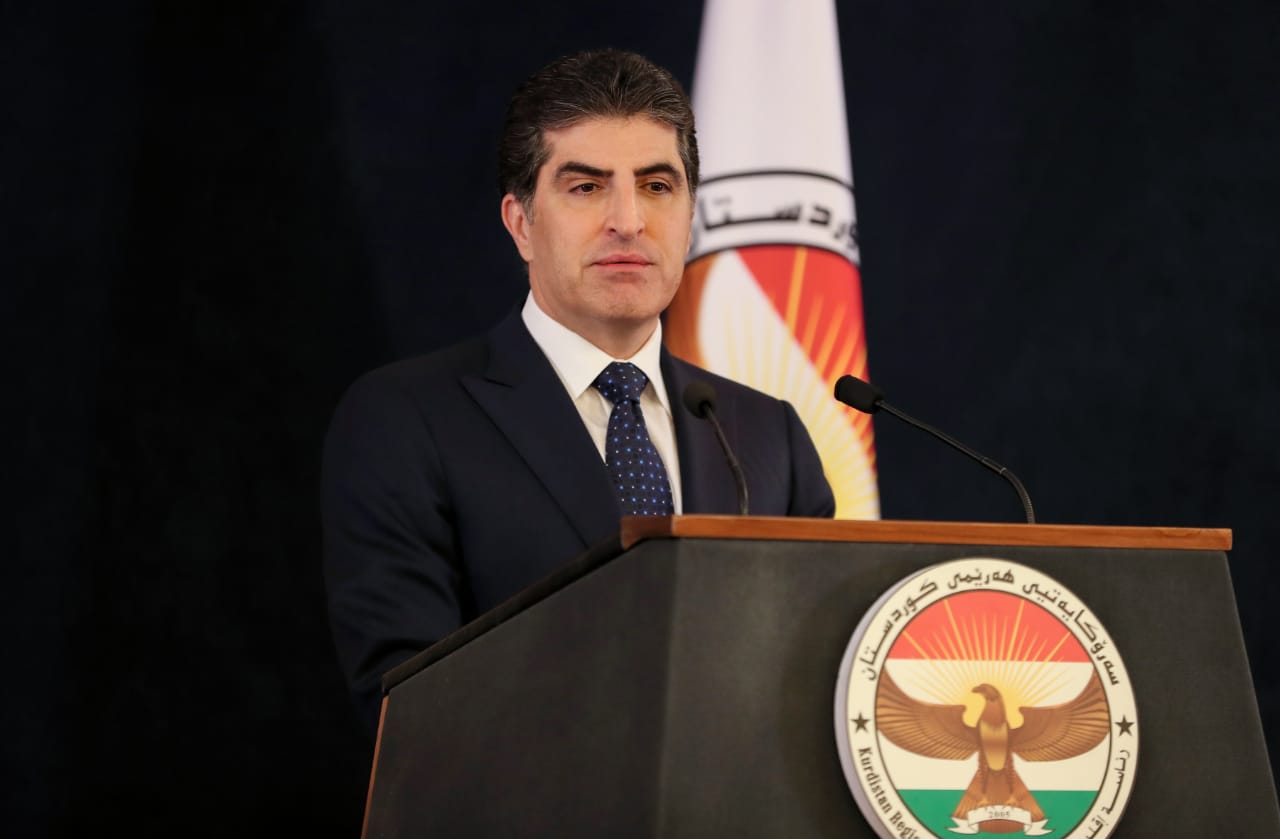 Shafaq News / The President of Kurdistan Region, Nechirvan Barzani condemned on Saturday the attack on the Kurdistan Democratic Party in the capital, Baghdad, by supporters of the Popular Mobilization Forces (PMF).

"This morning, an outlaw group carried out a sabotage act against one of the main forces that confronted the dictatorship in Iraq, and this attack on peaceful coexistence is inconsistent with the principles of the constitution, democracy and human rights." Barzani said in a statement.

He added that “the Peshmerga forces, the PMF and the Iraqi armed forces have a common history in the war against ISIS, and we hope that this partnership will lead to more political cooperation in order to save all the people of Iraq.”

“This new partnership among the components of the new Iraq should not be affected by any problems. “He declared.

Barzani asked the relevant institutions in the Iraqi government to start investigations and to take legal procedures as fast as possible.

Videos circulated on Social Media showed people in black clothes are gathering in the Karrada neighborhood in Baghdad near the Kurdish party headquarters, chanting slogans against Zebari's statements and supported to the Popular Mobilization forces (PMF).

The videos also showed the protestors removed the Party’s flag from its main flagpole and burned it, they also destroyed the contents of the headquarters while the security forces did not arrest any involved.