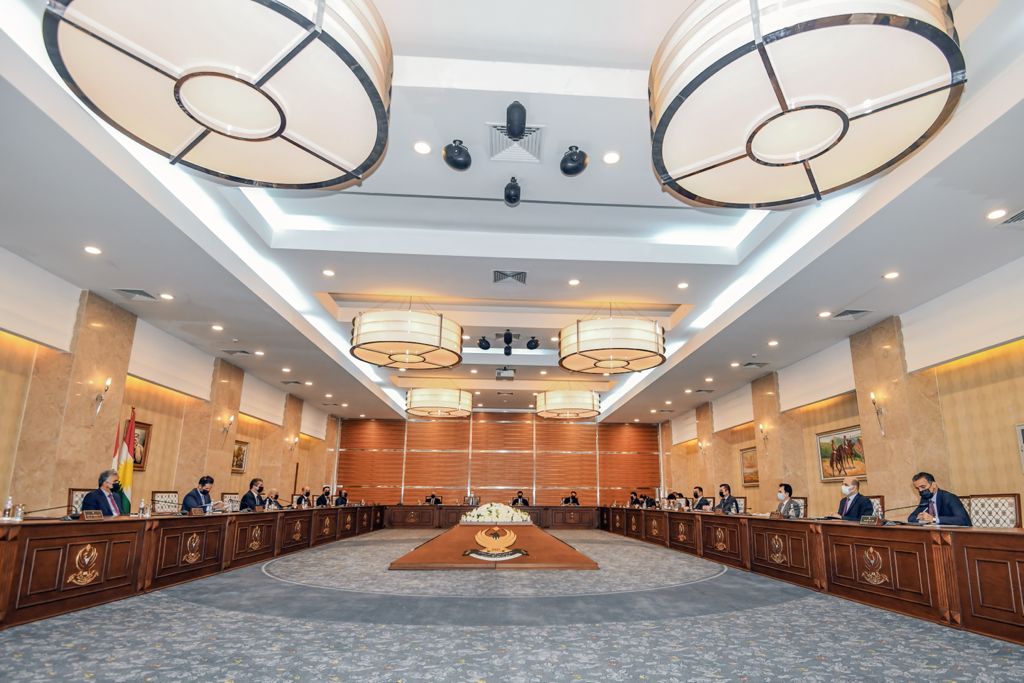 Shafaq News/ In its weekly meeting held today, Wednesday, the Government of the Kurdistan Region (KRG) called on the political forces contesting in the Iraqi parliamentary elections to lay the ground for "peaceful polls" and refrain from defamation and aspersion.

The cabinet meeting was held under the auspices of the Prime Minister, Masrour Barzani, and his deputy, Qubad Talabani.

At the beginning of the meeting, Barzani shed light upon the ongoing preparations for the legislative elections in Iraq, stressing that the polls shall be held amid peaceful and civilized circumstances.

The Prime Minister called on Kurdistan's representatives in Baghdad to defend the interests and rights of the region's people and convert the battle between the parties into a competition to achieve this conquest.

The council of ministers also reiterated the "neutrality" of the security and administrative institutions, media, and non-government organizations during the elections.

The cabinet approved unanimously the "Regional Plan for Human Rights 2021-2025", which was submitted last week, and instructed the relevant ministries to put it into action.

At the conclusion of the meeting, Minister of Construction Dana Abdul Karim presented a bill on the "fund of Developing the roads of the Kurdistan Region". The Ministers stressed the importance of this bill and instructed the relevant departments to support it legally, financially, and technically.