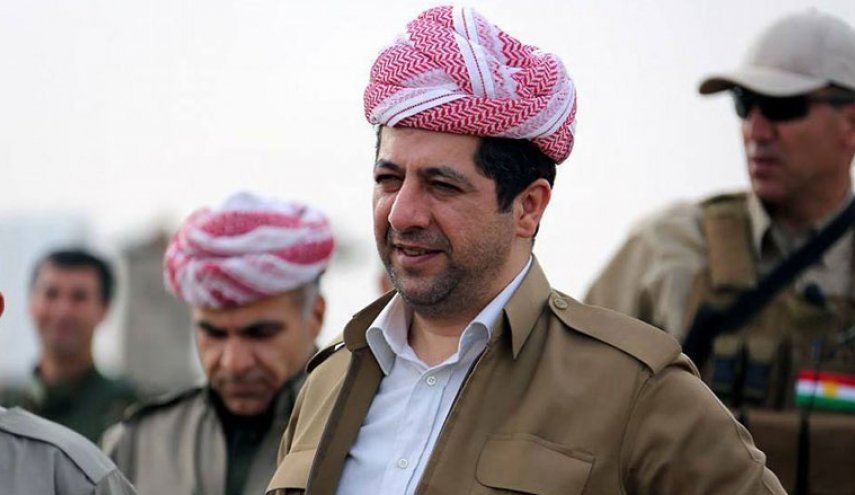 Shafaq News/ In an exclusive interview with Al-Monitor, KRG Prime Minister Masrour Barzani’s deputy chief of staff outlined why the Kurdish region's government wants US forces stationed in and around the Fish Khabur border crossing.

The Kurdistan Regional Government of Iraq has formally asked the US-led coalition to deploy observers to patrol its border with the Kurdish-controlled northeast of Syria, where a US-backed Kurdish militants and its various affiliates have governed since 2012, Al-Monitor has learned.

Masrour Barzani, the prime minister of KRG, made the request to Secretary of State Mike Pompeo in a telephone call Tuesday at noon, Iraqi Kurdish officials told Al-Monitor.

Aziz Ahmad, Deputy Director of the Office of Masrour Barzani said to Al-Monitor, the patrols would serve several purposes, including independently verifying any smuggling operations along the border, which “would be good” for the KRG and its main regional ally, Turkey.

Ahmad added, would discourage the outlawed Kurdistan Workers Party (PKK) from moving men and supplies from its bases in northern Iraq to Syrian Kurdistan, or Rojava, and that would be “good for everyone.”

The US presence as “honest brokers,” he added, would hold the PKK-mentored and US-backed Syrian Kurdish People’s Protection Units accountable to “severing ties with the PKK.”

The State Department and the US Central Command did not respond to Al-Monitor’s request for comment.

A senior official from the Syrian Democratic Forces (SDF), the United States’ top ally in the fight against ISIS, said the SDF command was unaware of Barzani’s proposal. “No such proposal or conversation has taken place with the coalition or the KRG to date, but we would welcome this conversation,” the official, speaking not for attribution, told Al-Monitor.

The KRG call follows last week’s skirmish south of Fish Khabur between KRG forces and PKK and YPG fighters, who exchanged fire across the Khabur River, which demarcates the border. The clash left several wounded on both sides. Barzani issued an angry statement calling on the coalition to prevent the YPG from further “acts of aggression.”

The YPG denied that it had carried out an attack against Peshmerga forces. The group said in a Dec. 18 statement, "We, as the People’s Defense Units, respect autonomy of the Kurdistan Region of Iraq and call on the Kurdistan Regional Government to abandon their aggressive and provocative stance and rhetoric towards the Kurdish autonomous administration in Syria. All issues must be resolved through dialogue between the two sides."

According to The Monitor, The US administration does not want to be drawn into the intra-Kurdish spat and has pointedly ignored Barzani’s demands to rebuke the SDF and the YPG. The KRG is a critical and longstanding US ally in the region. The deployment of coalition forces would serve the United States’ Kurdish allies on both sides of the border.

A well-placed Iraqi Kurdish source who asked not to be identified by name said to The Monitor, “We should be having this conversation directly with the SDF," complaining, “We are all Kurds, why are we speaking to each other through the Americans?”

The deployment of coalition forces along the Iraqi-Syrian border could go some way toward mitigating the fallout and thawing tensions between the Kurds themselves — that, anyway, appears to be Barzani’s calculation. Washington’s position on the matter remains unknown.