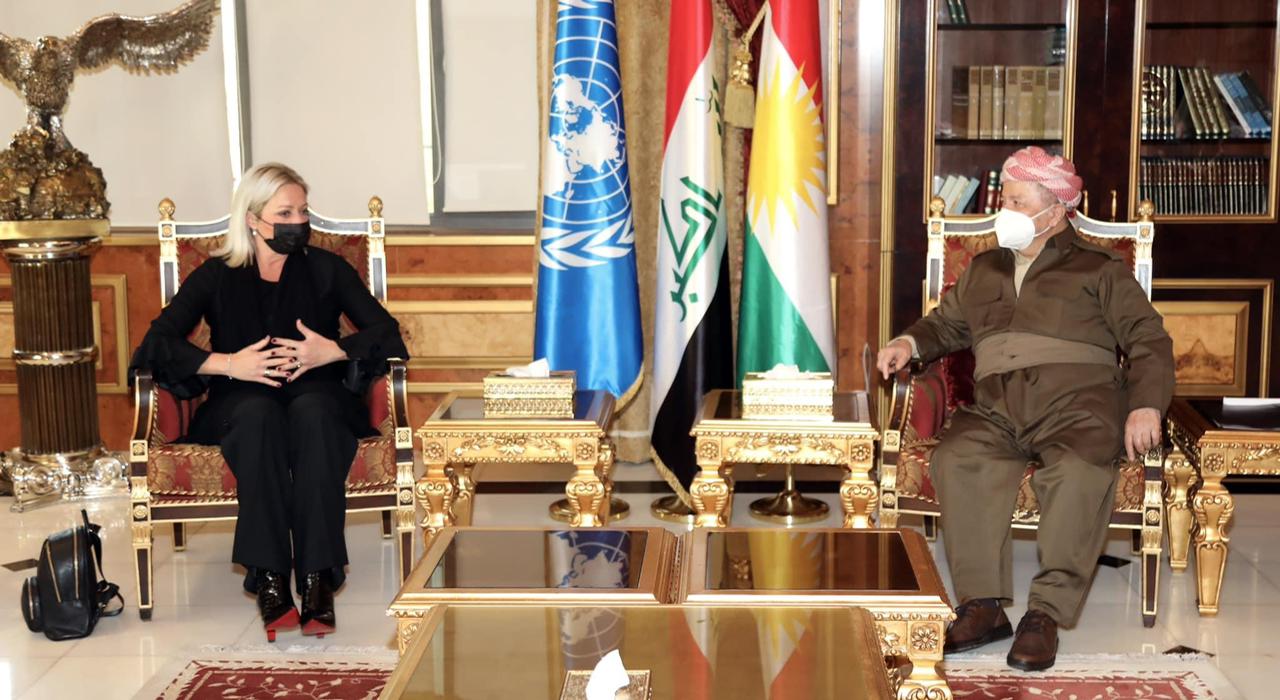 Shafaq News/ Kurdish leader Masoud Barzani warned of the possibility of manipulating the results of the parliamentary elections.

At his headquarters, the Head of the Kurdistan Democratic Party (KDP) received Jeanine Hennis-Plasschaert, Special Representative of the United Nations Secretary-General for Iraq. They discussed the latest political developments in Iraq and the October parliamentary elections that took place last October.

Barzani expressed his thanks for the efforts of the United Nations, the European Union, and the international community to support the elections, noting that the elections were successful and that the preliminary results announced by the High Commission "express the political reality in Iraq and the desire and will of the citizens."

He also warned of attempts to manipulate these results, which "will result in other problems and will deepen the current crisis."

It is worth noting that Kurdistan Democratic Party came in fourth place, winning 33 seats in the Iraqi Parliament, after the Sadrist bloc, the Progress Alliance, and the State of Law coalition.

Since announcing the preliminary results, Iraq has been experiencing political and security tensions. The armed Shiite forces and factions reject the results saying they are "fabricated," and demand to recount all votes manually.