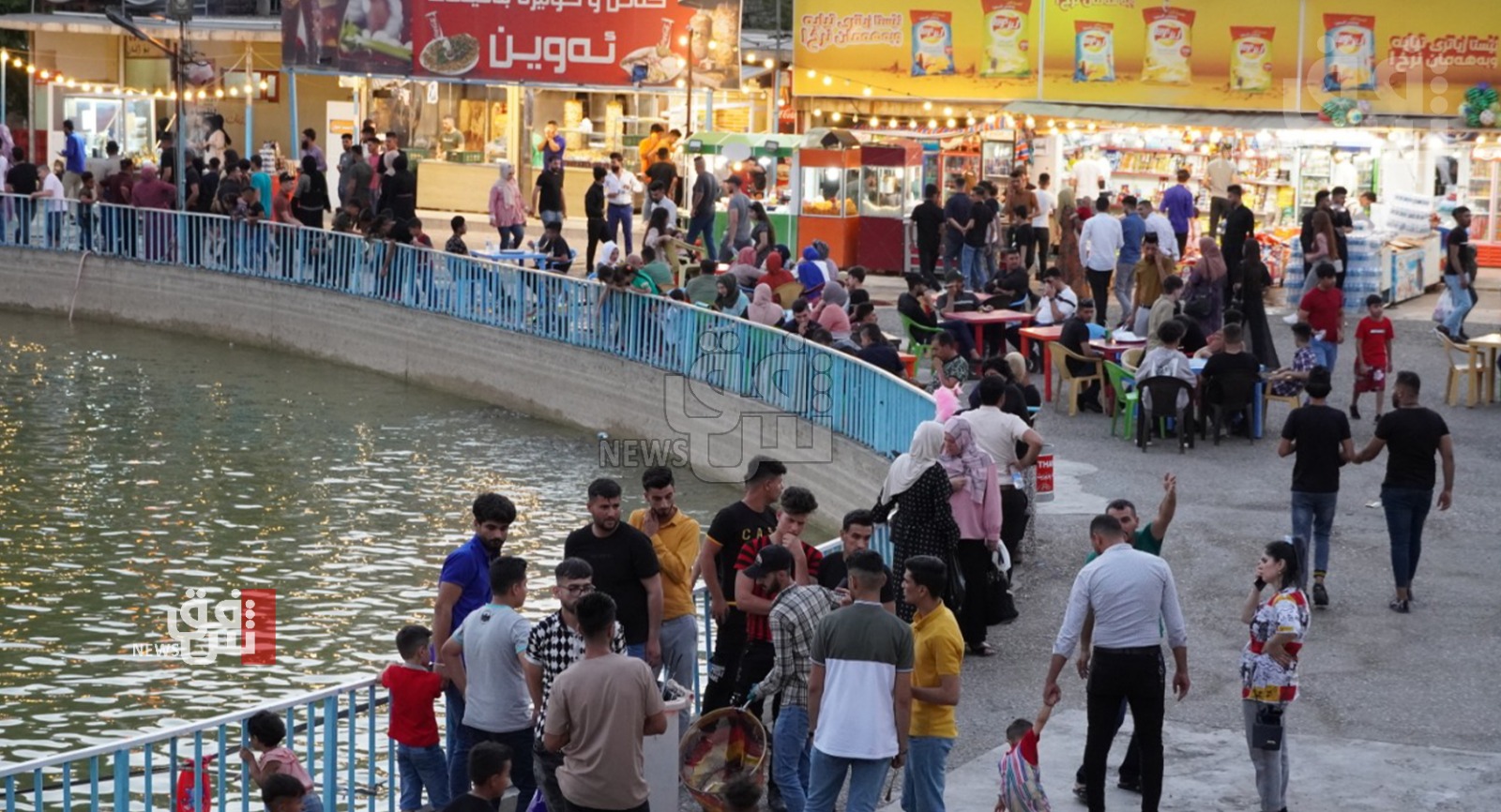 "The tourists who entered the park during the first day of Eid are estimated to be about 20,000 from central and southern Iraq," Sirwan Salih, an official of the administration of Azadi Park (Freedom Park) in al-Sulaymaniyah, told Shafaq News agency.

Kadhim Hassan from Diyala governorate, who is visiting al-Sulaymaniyah with his family, said, "We are happy with this beautiful visit to al-Sulaymaniyah, which provided us with facilities and services", adding, "The high temperatures encouraged us to visit al-Sulaymaniyah, in addition to the lack of electricity in our governorate."

Omar Abdullah from Baghdad, who is visiting al-Sulaymaniyah with his friends, says, "The atmosphere here is very beautiful, my friends and I escaped from the hot Baghdad weather", noting, "We thank the Kurdish people for the best reception. It hosted us with its usual hospitality."