Head of Gorran movement resigns from his position 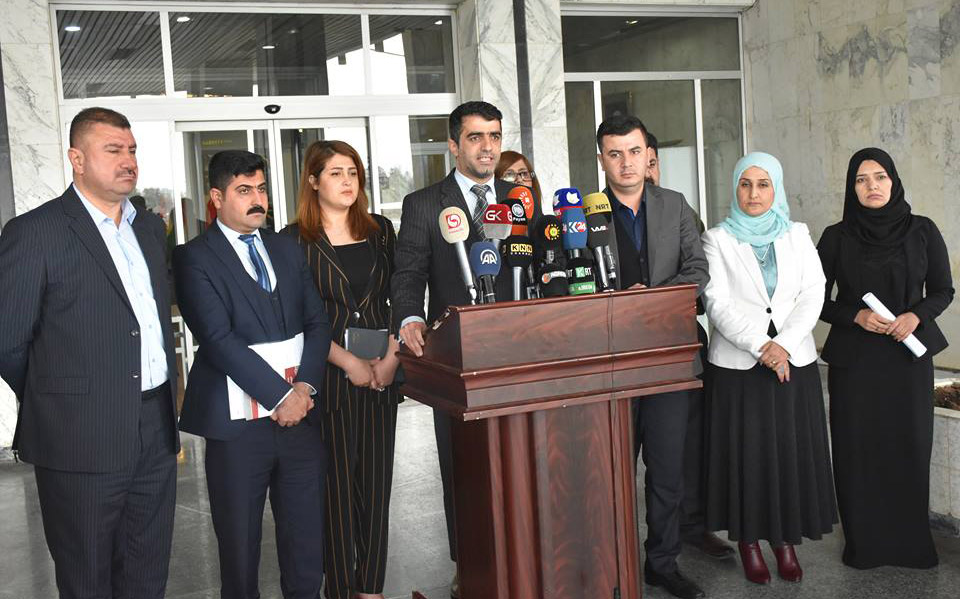 Shafaq News/ A source in the Change Movement (Gorran) said on Friday that the head of the bloc in Kurdistan Regional Parliament, Ali Hama Salih, had resigned from his post.

The source told Shafaq News agency that Saleh had resigned from the leadership of the bloc in response to the movement’s request after he refused to withdraw his signature to interrogate the Prime Minister of Kurdistan Regional Government, Masrour Barzani, in Parliament.

Members of the region’s parliament from the opposition had collected signatures a few days ago to interrogate the prime minister of the region and Minister of Finance and Economy, Awat Sheikh Janab, who also belongs to the Change Movement, against the background of the delay in paying salaries and cutting 21 percent of them.

The source in the movement clarified that Ali Hama Saleh is no longer the leader of the bloc, indicating that the movement will choose a new head instead of him.