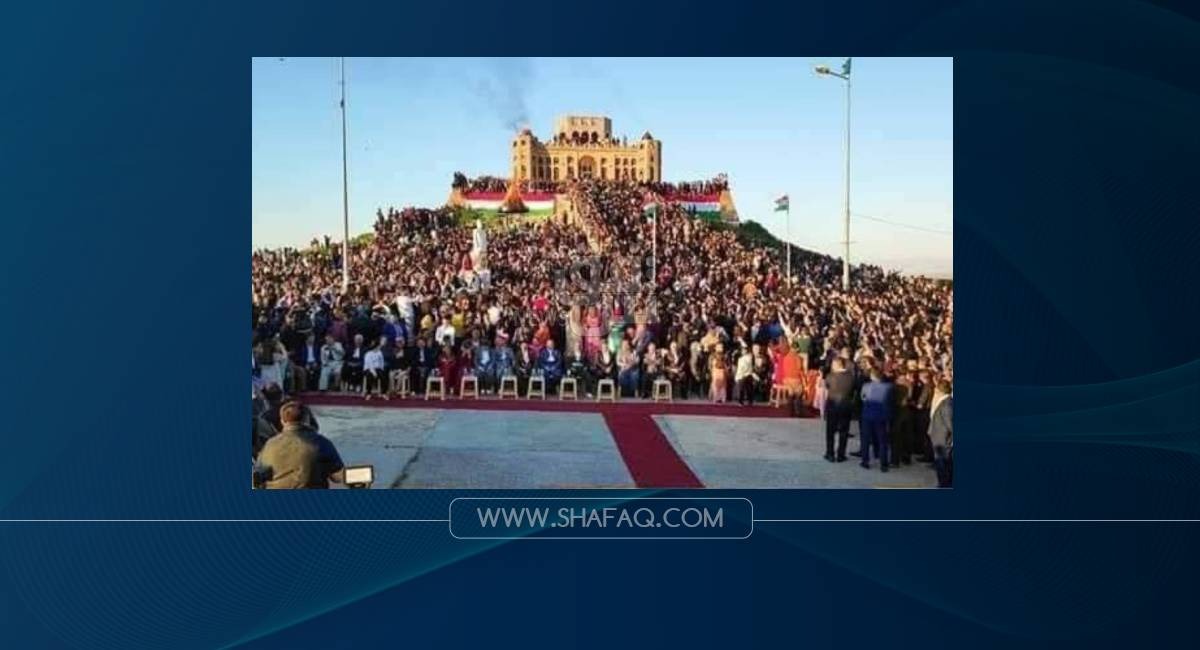 In a statement to Shafaq News Agency, Azad said that the carnival will take place tomorrow at the Shirwana palace in Kalar.

"The carnival's torch will be lit tomorrow. Folkloric shows will be presented by many of Garmyan's artists," he said.

In Kafri, the local authorities said that the "Seven Adventures" mountainside is ready to receive the locals wishing to celebrate the ancient Kurdish ritual.

In the Newroz, the Kurds showcase Kurdish heritage, folklore, language, and dress. The celebration aims to boost tourism and each year new events are added, while the tradition of the flame of Newruz is kept alive, though firewood and fireworks have replaced burning tires.

All of the streets are decorated with lights, millions of flowers, and Kurdish flags (red, green and white with a yellow sun disk in the center). Animals are slaughtered in public squares in preparation for the feast.

The Newruz festival showcases Kurdish heritage and language by putting on concerts and inviting singers and bands from Kurdish communities from neighboring countries and non-Kurds from abroad to participate in cultural and artistic ceremonies.

Masoud Barzani greets the Kurds on the Newroz

Duhok and Mosul celebrate the Newroz with fire