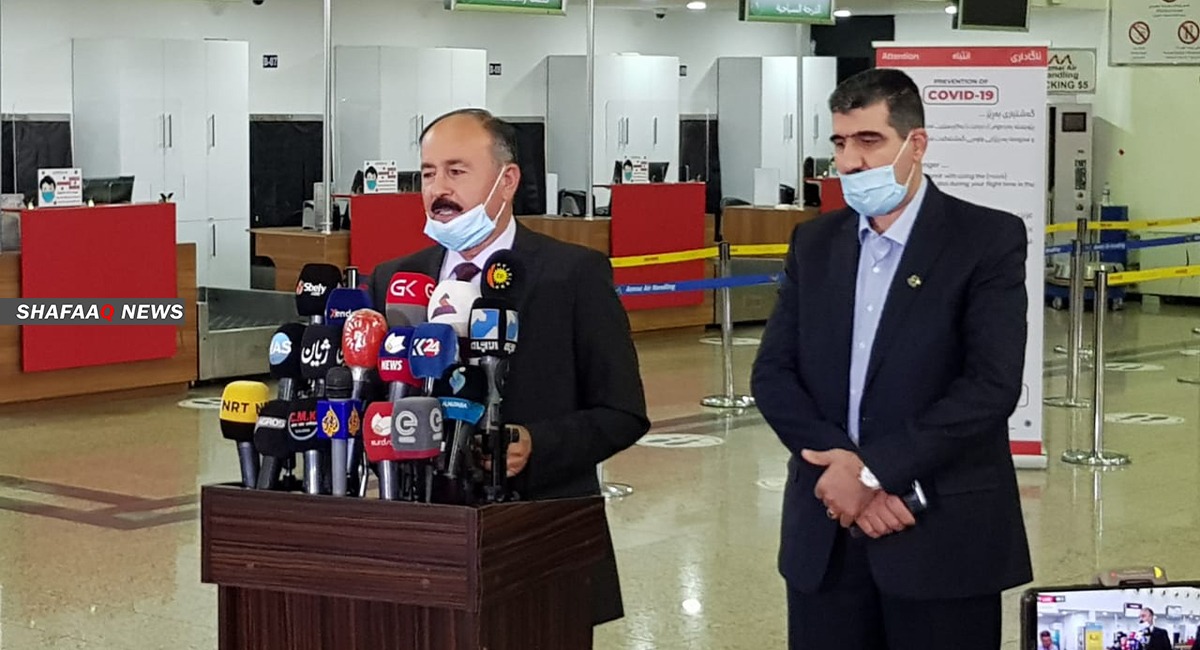 The airport resumed its flights, today, Saturday, according to the decision of the Civil Aviation Authority in Iraq and the Supreme Committee to confront Covid-19 virus in the Kurdish Government.

The airport administration has set conditions for travelers locally or internationally, including conducting a corona virus test.

The director of Al-Sulaimaniyah International Airport, Taher Abd Allah, said in a press conference held today, attended by Shafaq News agency that we assure the travelers to arrive four hours before their flight’s date because the health procedures have been complicated

For its part, The Director of Najaf Airport also stressed the need for "the passenger to conduct an examination of Covid-19 48 hours before their flight’s date, and airlines should inform their passengers about this."

On July 23, the Iraqi authorities reopened their airports after a four-month closure due to the pandemic.

Several aircraft took off from Baghdad International Airport, Basra and Najaf airports were opened, while Erbil and Al-Sulaymaniyah extended the closure until August 1.