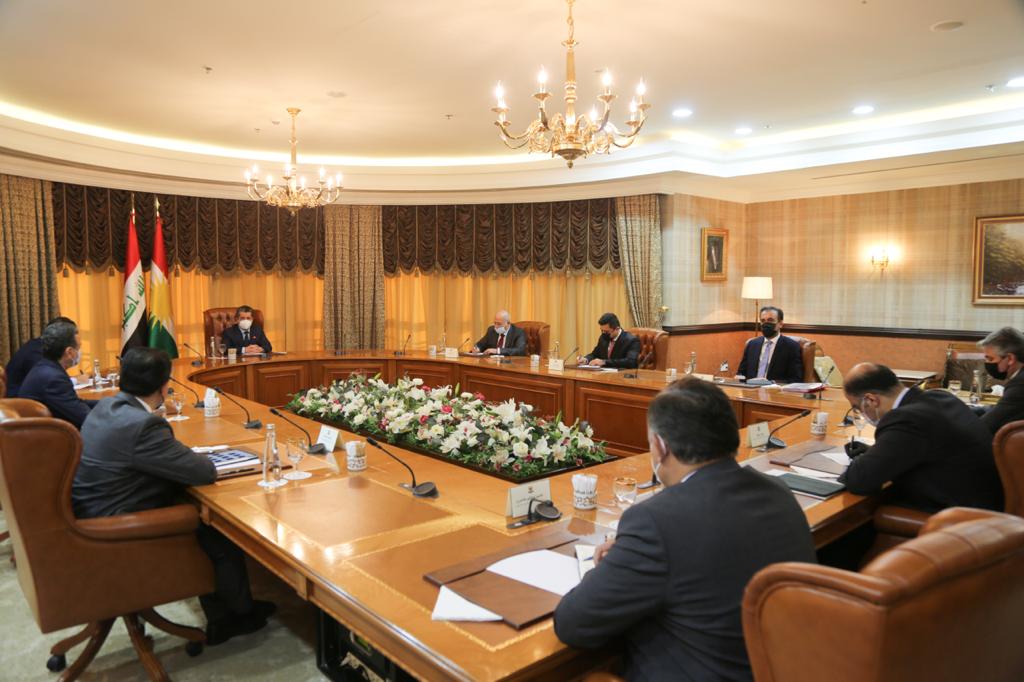 Shafaq News / The Kurdistan Regional Government announced on Monday its readiness to negotiate with the Iraqi government on the outstanding issues between the two sides, stressing that it will not compromise on the rights of the region's residents.

This came during the meeting of the Prime Minister of Kurdistan Regional Government, Masrour Barzani, with the delegation of the region to negotiate with Baghdad, according to a statement issued by the regional government.

The meeting also shed light on the path of the negotiation process that the KRG is conducting with the federal government, indicating that the delegation is ready to visit Baghdad whenever it is necessary to do so.

The Iraqi Council of Representatives approved recently a law on financing the fiscal deficit, amid the refusal of the Kurdish blocs and the Kurdistan Region authorities for not including the salaries of the region’s employees.

Erbil authorities: those who attacked a restaurant in the governorate will be arrested