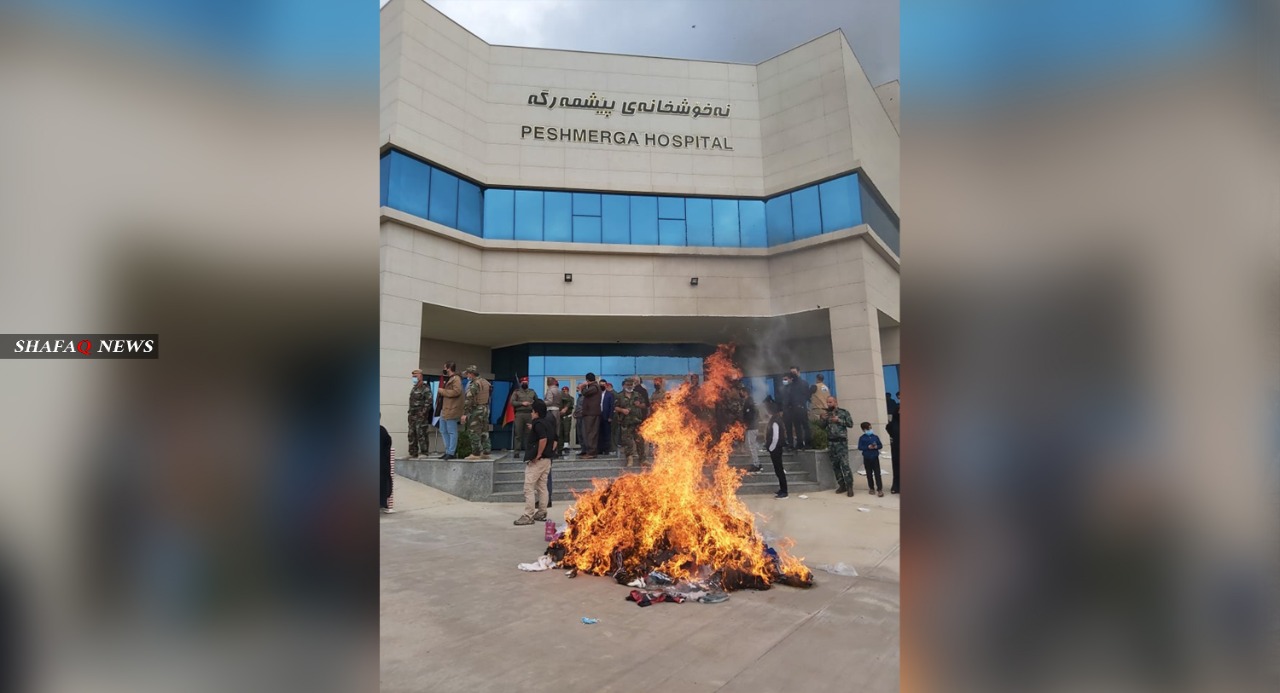 Shafaq News / Tens of families of the Peshmerga forces' martyrs burned "old and worn out" clothes they received from a charitable organization.

The Non-Governmental Organization "Regay Sarkawtin", "The Road to Success", in Duhok had informed 230 families of the Peshmerga martyrs who perished in the war against ISIS that they will provide them with US-financed humanitarian aid.

A relative to a martyr told Shafaq News Agency reporter, "This is an insult to the families of the martyrs. Unfortunately, there are still people who exploit the blood of our husbands at a time our children need everything."

Shafaq news agency was unable to reach the organization to obtain a comment.

Peshmerga Ministry dispatches a delegation to NESA meetings in US

Ministry of the Peshmerga and U.S. welcome the return of Unit 70