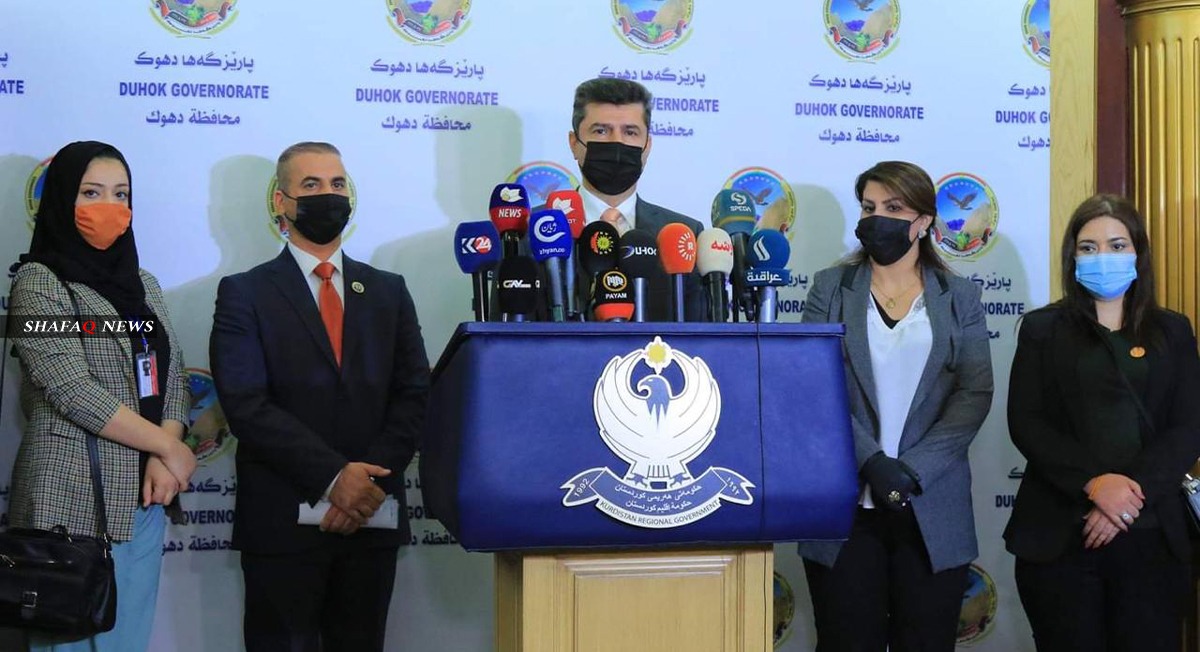 Shafaq News / The Governor of Duhok, Ali Tatar, renewed his call on Tuesday for the Kurdistan Workers' Party (PKK) to vacate the areas in which it is present in Amedi district, north of the governorate.

Tatar said in a press conference held today, "We are optimistic about the Kurdistan Regional Government's agreement with the federal government on the budget", adding, "to implement the provisions of the budget law and receive the region’s share, service projects will increase."

Regarding the PKK presence in areas and villages, the Governor said that the Party imposed its control over heights and areas in Amedi, which prevented completing projects due to the ongoing fighting between the party’s members and Turkey.

Tatar hoped the PKK would review its policy in the region, pointing out, "They are strangers and should end their presence."