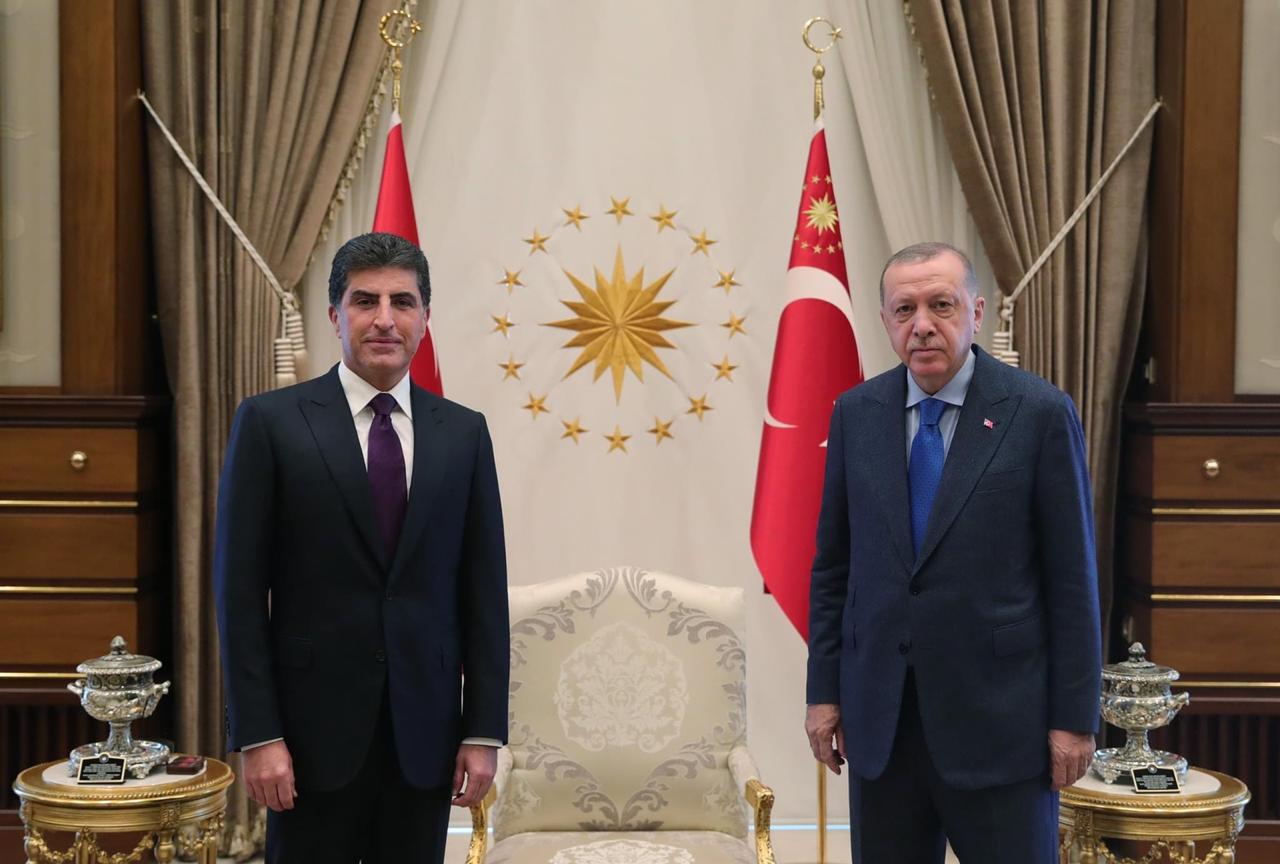 A source in the region’s presidency said that Barzani and Erdogan will discuss during their meeting the bilateral relations between Kurdistan and Iraq with Turkey.

Barzani arrived this morning in Ankara to hold talks with Turkish officials.

He began his visit to Ankara with a meeting with Turkish Foreign Minister Mevlüt Çavuşoğlu, in which they discussed several issues.