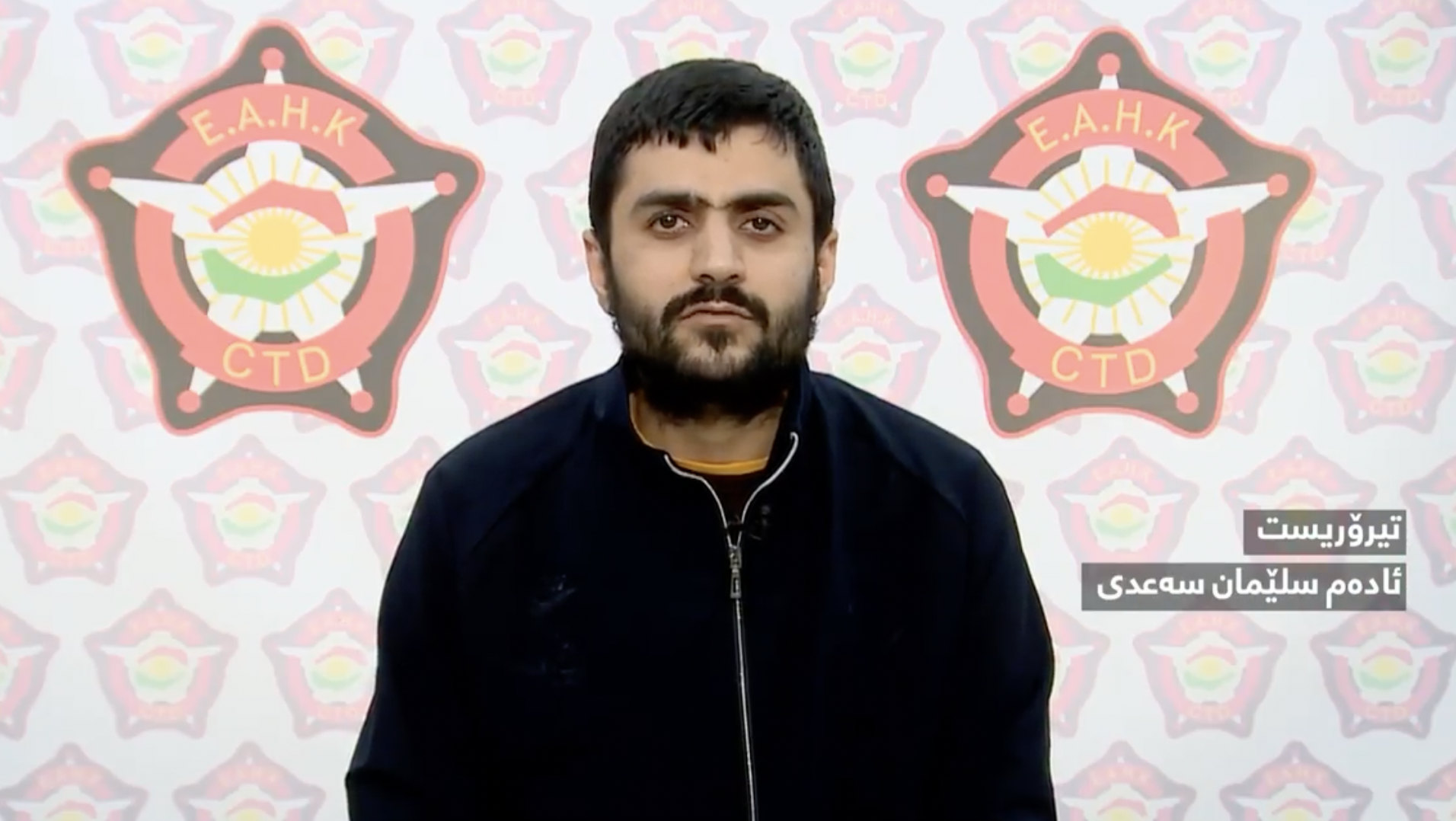 Shafaq News/ The Kurdistan Region Security Council announced the dismantling of an ISIS cell in Erbil that was planning to launch attacks in the Region.

In a statement, the Council issued the confessions of the terrorists.

The Council said, "the cell consists of a security group that has recently formed a detachment in the city of Erbil to carry out suicide operations," noting that three suicide bombers are working with the Cell.

The statement clarified that one of the suicide bombers blew himself up on July 19, on the day of Arafa, the eve of Eid al-Adha, in Sadr City, east of Baghdad.

The statement added, "This group purchased weapons and military equipment and sent them to Baghdad to launch suicide operations."

According to the Region's Security Council, one of the cell members, Adam Suleiman Saadi Suleiman, known as "Abu Islam," said that he got to know the Organization through its media channels and that his father was a member of Ansar al-Islam.

He confessed that he agreed with a friend to form a terrorist group in Erbil under the supervision of "Saif," an ISIS emir in the "state of north Baghdad," who asked them to attract more members and suicide bombers from Erbil and carry out an operation inside the City.

As for the other element, called Muhammad Abdul Karim Saeed, known as Bilal, he said that the idea of "jihad" was born in him by following the actions of ISIS and the speeches of their leaders.

Samir Shams al-Din, the third member, said that he met a person affiliated with ISIS and told him a year ago about "jihadist thought," so he agreed to join them.