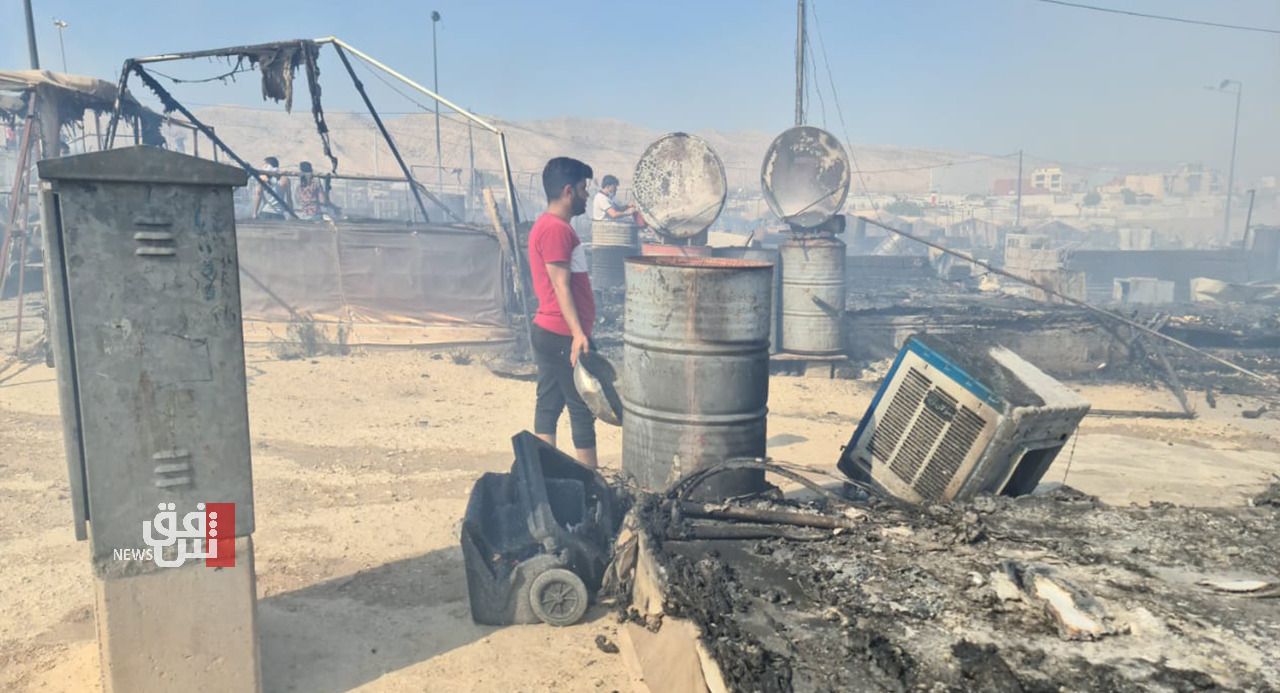 Shafaq News/ An official source in Duhok reported that a new fire broke out in Sharya camp for the Yazidi displaced in the governorate.

The source told Shafaq News Agency that a tent was burned in the camp, noting that the fire was extinguished.

Yesterday, a relief operation was launched in Duhok, to help the families affected by the Shariya camp fire.

The media official of the Department of Migration and Displacement and Relief of the IDPs in Dohuk governorate, Karwan Atroushi, said that nearly 1,400 displaced Yazidis have become homeless after the fire that broke out in 350 tents in Sharya camp.

Federal forces deployed in Duhok at the borders with Turkey, official says