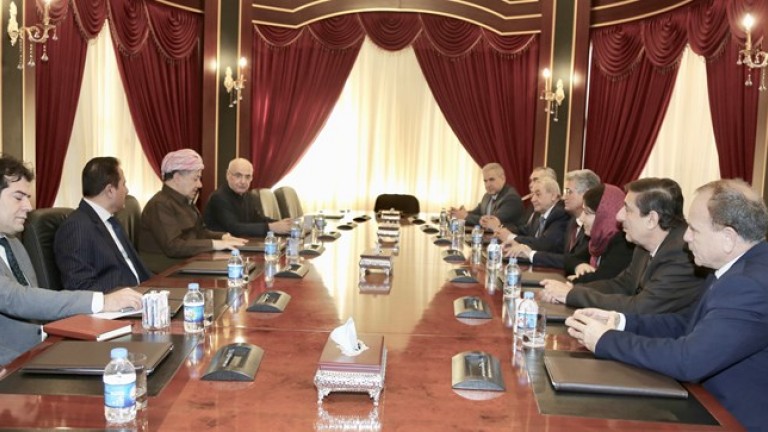 Shafaq News/ A source from the Semalka border crossing in northeastern Syria said a delegation from the Kurdish National Council (KNC) composed of members of the presidential body, arrived this morning, Friday, at the border crossing to enter the Kurdistan Region of Iraq.

A source told Shafaq News Agency last month that resuming the Kurdish negotiations depends on the guarantees that the Deputy US Special Envoy for Syria, David Brownstein, can provide to KNC.

The source pointed out that " KNC called the Deputy US envoy and the commander of the SDF, Mazloum Abdi, to stop the security leaders of the Autonomous Administration from making accusations through media against the Council and the Rojava -Peshmerga forces."

An explosion in Syria’s Hasakah

Mazloum Abdi: 4,000 PKK fighters died in Syria.. The days of Kurds fighting each other are over