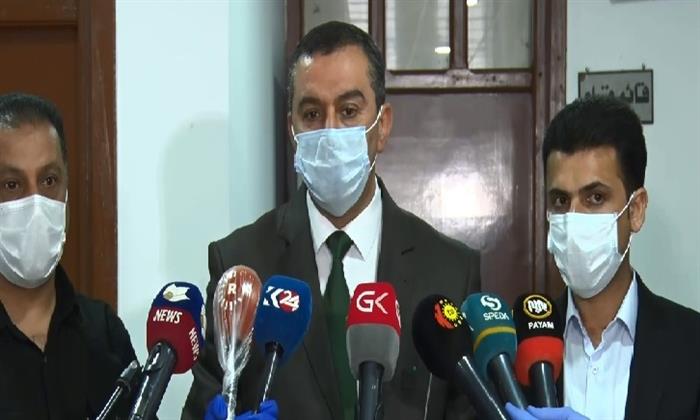 Shafaq News / The local government in Al-Sulaymaniyah Governorate expressed on Wednesday its refusal to re-impose a curfew in the governorate.

Al-Sulaymaniyah Governor, Haval Abu Bakr, said in a statement to reporters today, "We believe that the curfew at the current stage will not benefit us because the pandemic has invaded homes after it was in alleys and roads".

He added, "Almost every house in Al-Sulaymaniyah has registered a case at least", stressing, "at this stage, we need to spread awareness among people and strengthen health services".

Abu Bakr attributed the high mortality rate in the governorate to the influx of entrants from the other Kurdish and Iraqi governorates to receive treatment in Al-Sulaymaniyah.

On Friday, the Directorate of Public Health in Duhok Governorate called for re-imposing a curfew in Kurdistan Region for at least two weeks to curb the incrementing load of COVID-19 cases.

The Ministry of Health in Kurdistan Region announced that it had received a proposal to re-impose a curfew in the region due to the high infection rates of COVID-19.