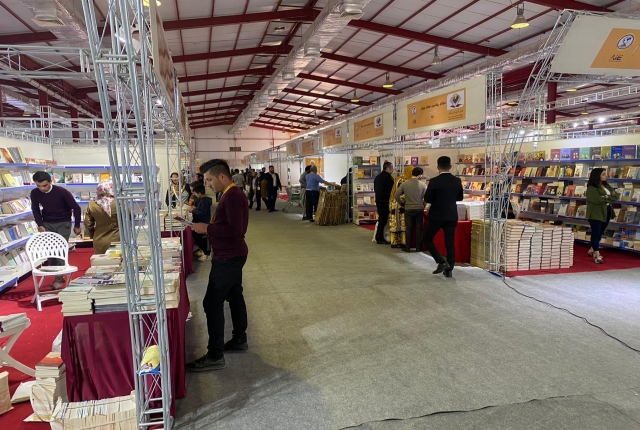 Shafaq News / The organizers of the International Book Fair in Al-Sulaymaniyah announced launching the exhibition tomorrow, Wednesday, with wide participation from local and foreign printing and publishing houses.

The First Vice President of the Al-Sulaymaniyah Chamber of Commerce and Industry, Yassin Rahim Faraj, said in a joint press conference held today with the Director of Relations and Marketing of the exhibition Shawqi Omar Mahmoud, that they have a contract with the "Atlas Al-Aseel" company, which will organize the activities and events of the exhibition.

He pointed out that the exhibition will be a platform for all writers, authors in the Kurdistan Region and Iraq to display writings, as well as a place where local and foreign intellectuals can meet.

For his part, Faraj said during the conference that Al-Sulaymaniyah International Fair made efforts to launch the exhibition in its second session, referring to the participation of publishing and printing houses from neighboring countries, from different continents of the world and the four major parts of Kurdistan.

He added that this event is important for the governorate, not only in terms of publishing books, but rather will move the market as the exhibition will receive tens of thousands of visitors internally and thousands abroad.

The exhibition was launched in its first edition last year on the same date, with the participation of more than 300 local and foreign printing and publishing houses.