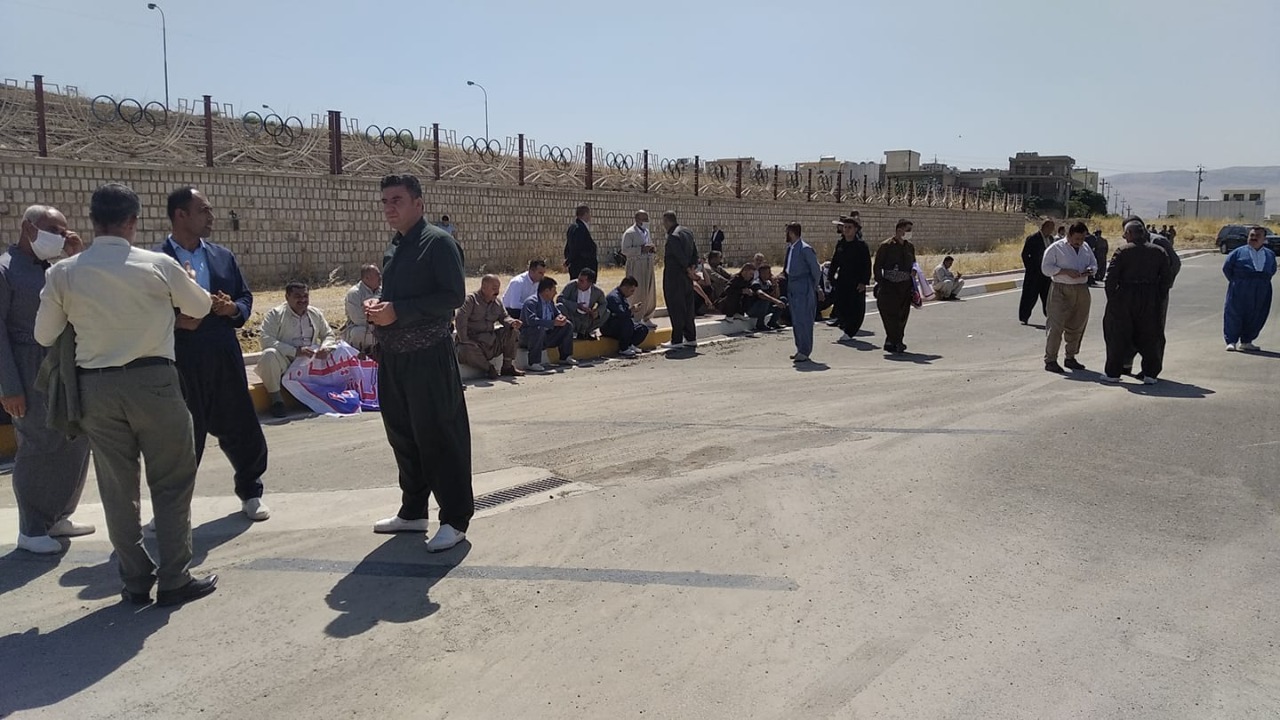 Shafaq News / A group of Kurdish farmers organized a protest in front of Al-Sulaymaniyah International Airport, during which they demanded their financial dues for crops that were marketed by the federal government.

The demonstration coincided with the arrival of Al-Kadhimi to Al-Sulaymaniyah Governorate during his tour in the Kurdistan Region.

Shafaq News Agency reporter said that Al-Kadhimi met with the farmers and discussed with them the issue of financial dues, and promised to find a solution.

The Agriculture and Water Committee of the Kurdistan Regional Parliament announced earlier that Prime Minister Mustafa Al-Kadhimi pledged to pay the financial dues to Kurdistan's farmers for the years 2014-2016.