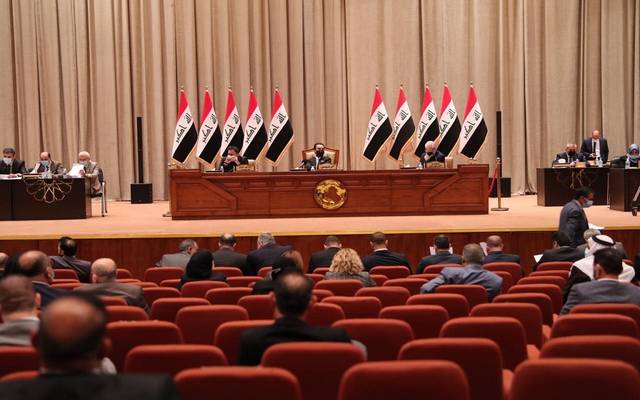 Shafaq News/ The Parliamentary Finance is considering a proposal to switch the oil trading currency to Iraqi dinar in lieu of US dollar in the accounts of the 2021 Federal Budget bill.

Committee member, MP Muhammad al-Shabaki, said in a statement to Shafaq News Agency, "We have a proposal to change the price of the oil barrel," indicating, "[according to this proposal] the barrel is priced by Iraqi dinar not US dollar as in the previous years' budgets."

"The barrel of oil pricing will be changed from 45$ at 65 thousand dinars," he added.

Al-Shabaki explained, "this would not tamper with the operational and investment expenses in the budget."

"The Ministry of Finance ensured that there is no technical impediment against this step," he elaborated, "this proposal is the most consistent with the constitution because it preserves the Iraqi currency."

Iraqi lawmakers failed to pass the Federal Budget bill in a lengthy session on Sunday earlier this week. They will convene this evening to vote on the pending issues.