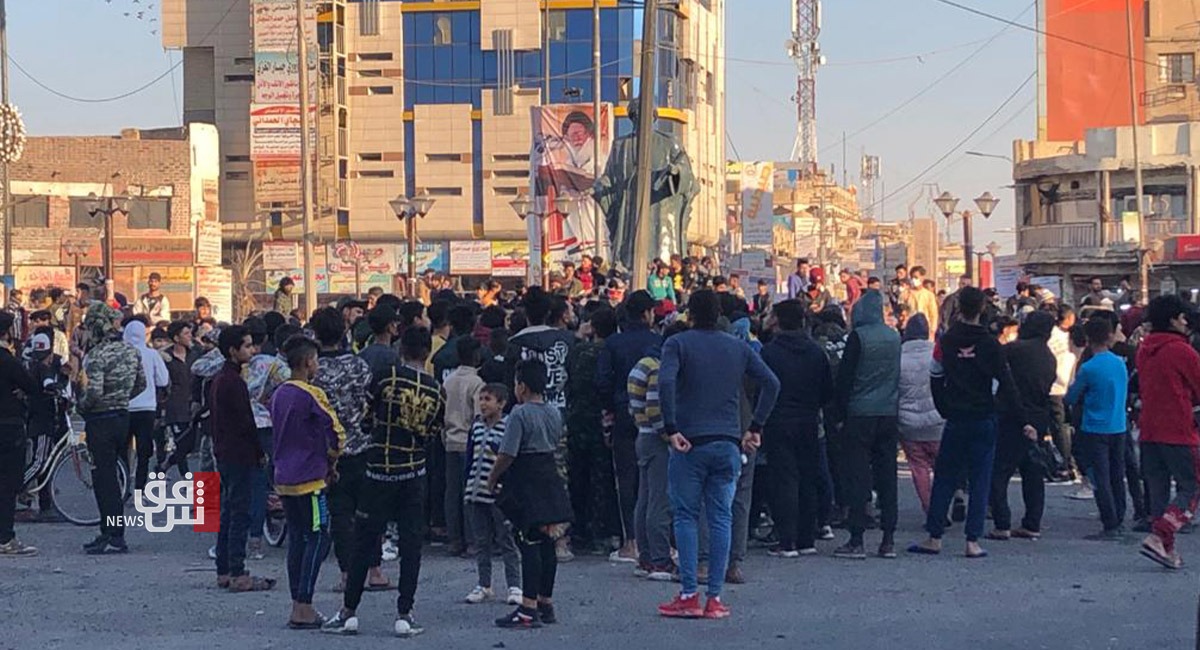 Shafaq News / Hundreds of demonstrators gathered, on Friday, in Dhi Qar Governorate calling for the release of the civil activist Sajjad Al-Iraqi.

Shafaq News Agency correspondent stated that hundreds gathered in Al-Haboubi Square in the center of the city of Nasiriya demanding the release of the activist Sajjad Al-Iraqi, and to secure the activists who, as well as demanding the approval of the oil and gas law.

Al-Haboubi square one of the worst killings of demonstrators took place last year and the last major protest site witnessed clashes between security forces and protesters.