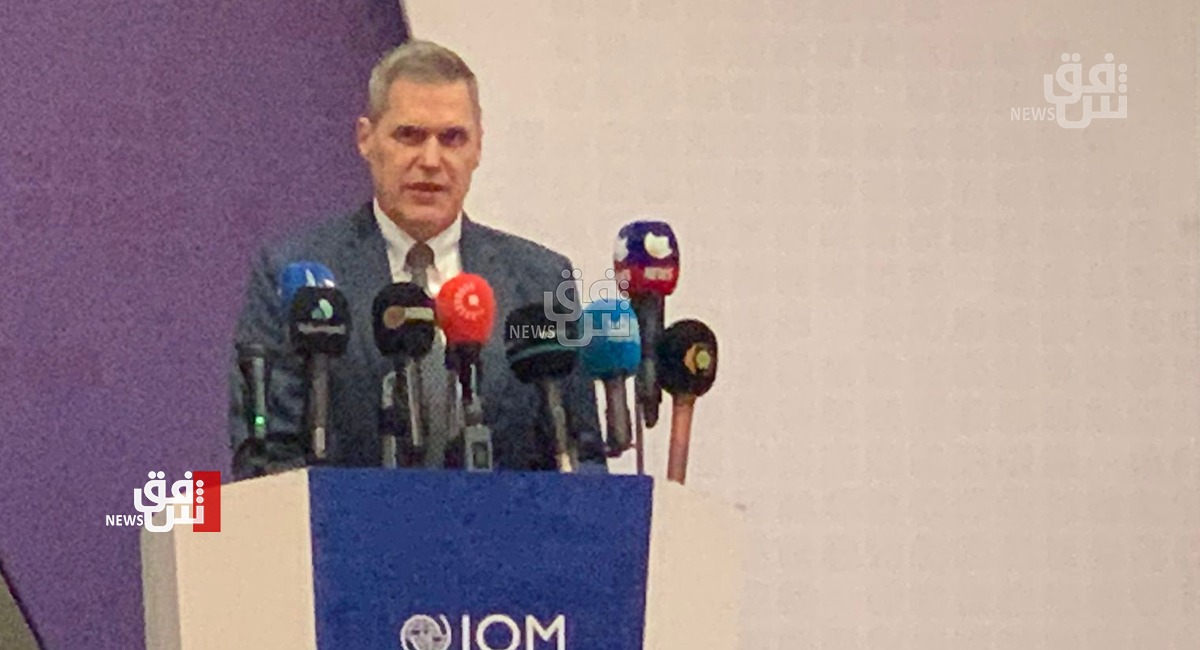 Shafaq News/ The U.S. ambassador to Baghdad, Matthew Tueller, on Tuesday said that his country had provided Iraq with three billion dollars worth of humanitarian aid, infrastructure, and economic support since 2014.

Tueller's remarks came during a speech he delivered before the "Enterprise Development Fund (EDF)" conference held in the Iraqi capital, Baghdad, under the auspices of the United Nations (UN) International Organizations of Migration (IOM).

In his speech, Tueller shed light on the financial support the U.S. has made available to Iraq's healthcare, education, and construction sectors in the post-ISIS era and the contribution of Iraqi businessperson to the commercial and economic success and the bilateral ties of Iraq with the U.S.

"The United States was the biggest donor to Iraq to ensure the safety and prosperity of the refugees," he said.

The U.S. diplomat said that his country had spent more than three billion dollars since 2014 in humanitarian aid to refugees in Iraq.

"Since 2015, the United States implemented 850 infrastructure projects to recover the basic services that ISIS had destroyed...we rebuilt more than 140 schools, 62 water treatment plants, and 17 electricity substations."

"We rebuilt clinics and hospitals, offered medications, extended power lines, repaired roads, and worked with house owners to bring water back to more than 1,000 houses."

The U.S. ambassador said that Washington has contributed to directly supporting the EDF with six billion dollars.