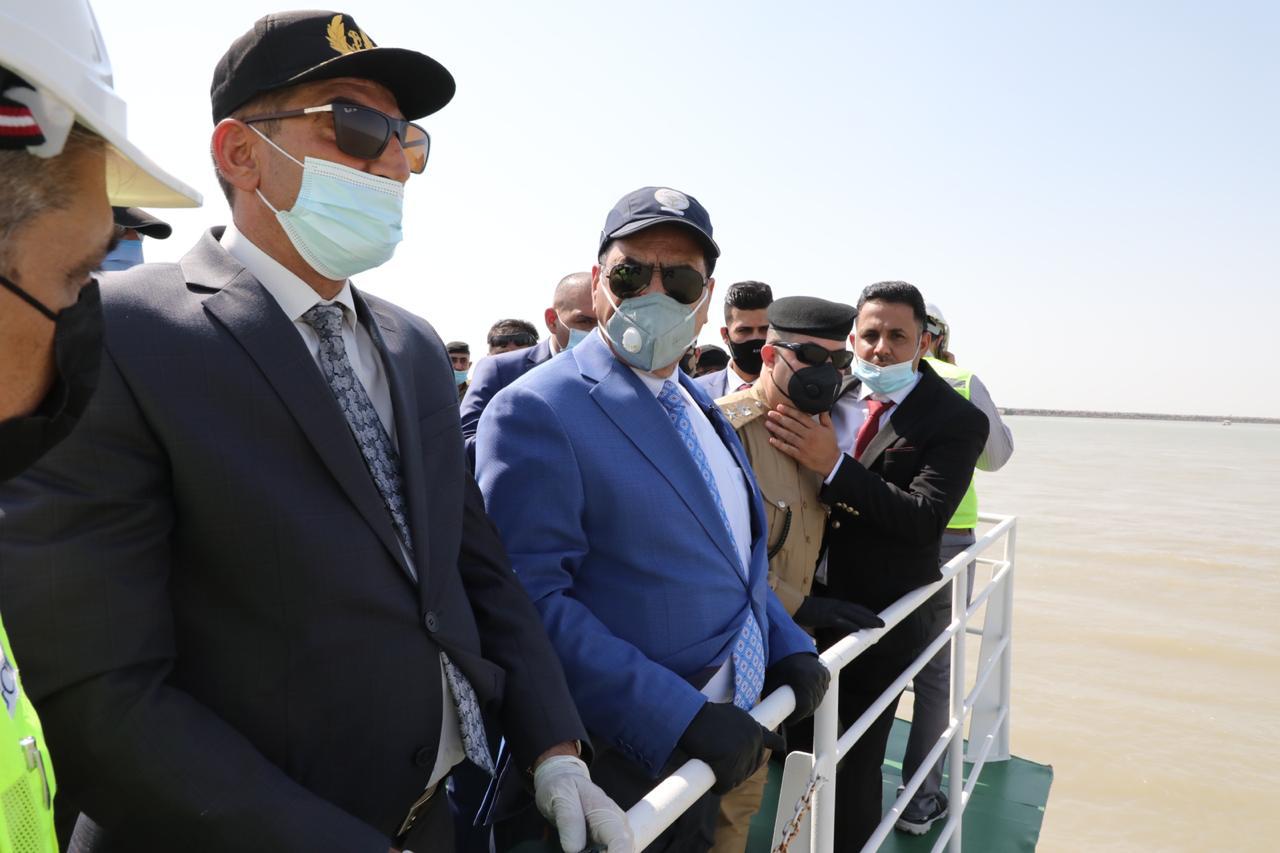 Shafaq News/ The Iraqi Minister of Transport, Nasser Al-Shibli, said on Monday that Al-Faw port and the monorail will "save" the national economy from the consequences of oil crisis.

Al-Shibli said in an interview with the official Iraqi channel, "the western breakwater was accomplished in a better way than the eastern breaker, and we requested the Korean company to build five piers and a canal."

He added, "It is impossible to build the Grand port of Al-Faw through small projects," noting, "reports of the competent authorities confirmed that the director of the Korean company has committed suicide."

Al-Shibli indicated, "the new director of the Korean company called for an increase in the sums allocated to the port of Al-Faw," calling for, "increasing the amounts to from 2.3 billion to 2.8 billion dollars."

He continued, "the Korean company has reduced the required sums," noting, "Prime Minister Mustafa Al-Kadhimi has directed to speed up the completion of Al-Faw port."

He said, "Some of the previous governments wanted to give the port for investment," explaining, "it demanded including the Grand Al-Faw port to the internal and external borrowing."

Iraq did not supply china with crude oil in April