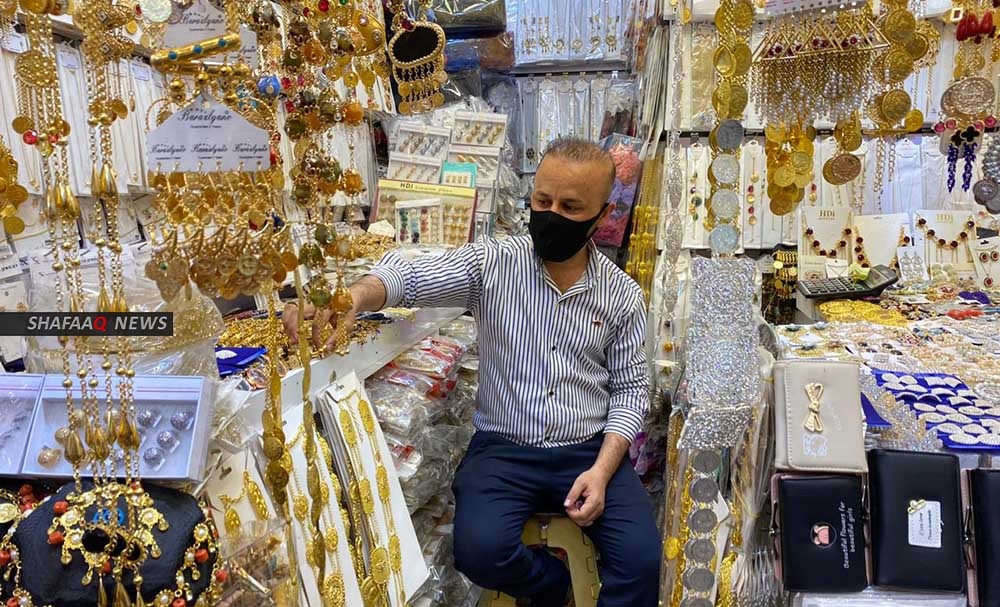 Shafaq News/ Gold prices fell on Monday as the U.S. dollar and global share markets firmed on the back of improving economic outlook, with elevated bond yields putting further pressure on the metal.

"Yields are the big threat to gold in the near term," said Michael McCarthy, chief market strategist at CMC Markets, adding: "if the sell-off in bonds gathers momentum, gold could fall below $1,700 'very quickly'."

U.S. Treasury yields held close to one-year highs reached on March 18, while the dollar began the week firmly as U.S. economic strength and a vaccine rollout proceeding much more quickly than in Europe, drew investors into the greenback.

A stronger dollar makes greenback-denominated gold expensive for holders of other currencies.

Biden's infrastructure spending package on Wednesday which is speculated to be in the $3 trillion to $4 trillion range.

"While gold is still good for inflation, the problem is, it's not good right now because yields are going higher in concert with inflation," said Stephen Innes, chief global market strategist at financial services firm Axi.

"We need those yields to stop going higher, and then you know, once the inflation takes over then gold goes up."

Speculators raised their bullish positions in COMEX gold and cut them in silver contracts in the week to March 23, the U.S.