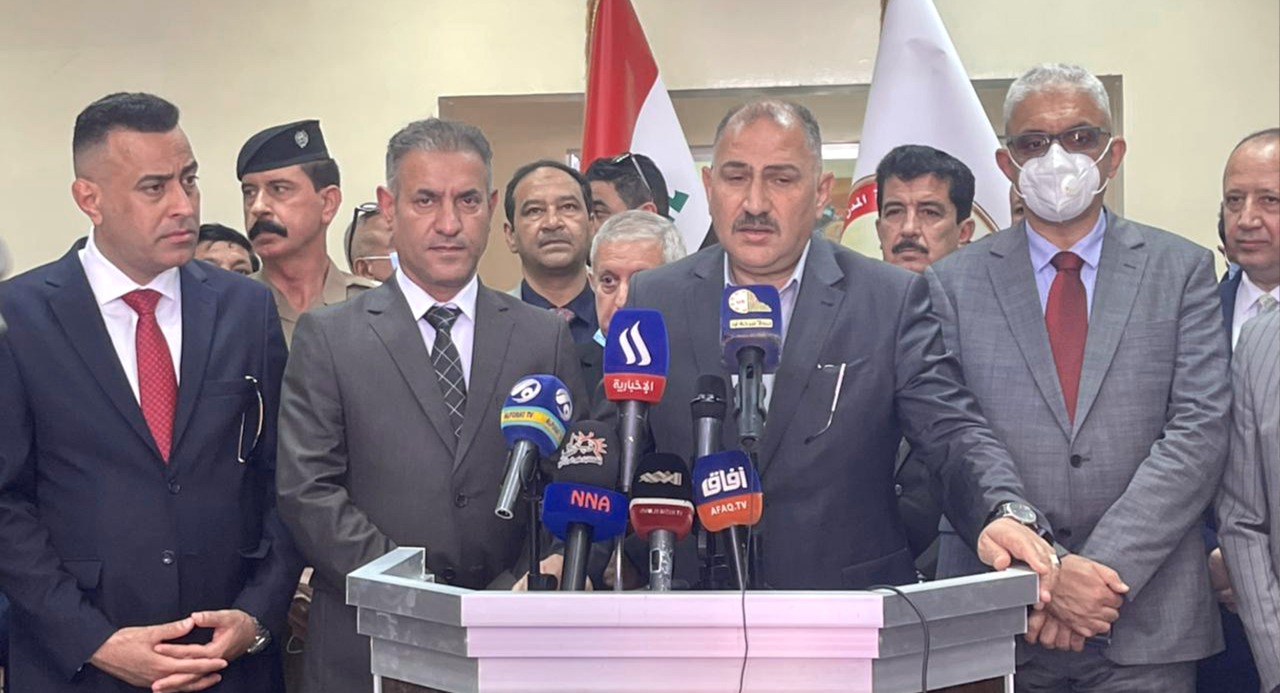 Shafaq News / The Minister of Industry and Minerals, Manhal Aziz al-Khabaz, announced on Saturday that he issued directives to facilitate travel procedures for Iraqi industrialists wishing to establish projects in the country, revealing at the same time a loss estimated at hundreds of millions of dinars as a result of protesters staging a picket in front of a company in the Dhi Qar Governorate.

During a joint press conference with the governor of Dhi Qar Ahmed Ghani Al-Khafaji, and after reviewing the achievement rates of the industrial city and meeting with industrialists working in the private sector of the province, al-Khabaz announced that a joint operations room was formed by representatives of the ministry, industrialists and the relevant departments, adding that a branch of the Industrial Development Directorate will be dedicated to monitor the granting of industrial licenses and facilitate the necessary procedures.

He pointed out that the picket of the Ur company due to the protest movement is causing a loss of 300,000,000 dinars per day.