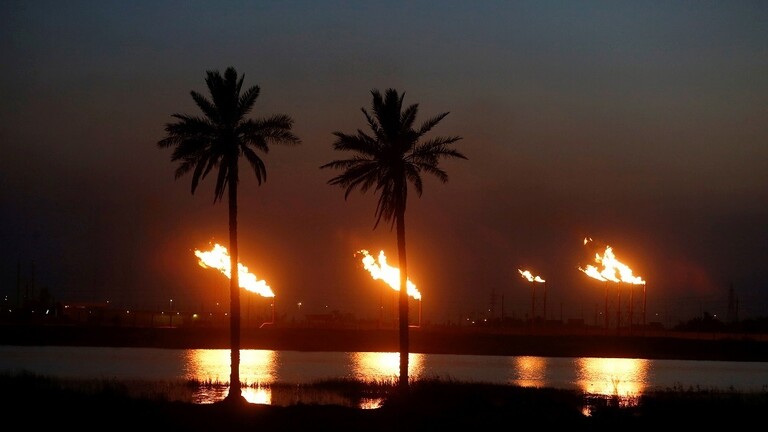 Shafaq News / Iraq expects to export higher volumes of its relatively new and increasingly popular Basrah Medium crude, as its production quota rises under the OPEC+ supply accord, the deputy director of the country's state marketer told S&P Global Platts.

Iraq exported 1.013 million b/d of Basrah Medium in May, nearly 14% more than the 891,000 b/d exported in January, according to figures from the State Oil Marketing Organization (SOMO).

More may be coming in the next few months, SOMO Deputy Director Ali al-Shatari said in an interview.

OPEC and its allies have been gradually lifting production quotas in anticipation of higher global oil demand as the world continues to emerge from the pandemic. Iraq's quota will rise to 4.016 million b/d in July, from 3.954 million b/d in June and 3.905 million b/d in May.

The OPEC+ coalition is scheduled to meet July 1 to decide on output levels for August and possibly beyond.

The July quota increase will allow Iraq to maintain its southern exports into the Persian Gulf at around 2.8 million b/d "or slightly higher," roughly where they have hovered in recent months, Shatari said.

Despite higher seasonal temperatures that will require more electricity to meet air conditioning demand, greater production of crude oil will also result in more associated gas output that can be used in power plants to somewhat offset volumes of crude and fuel oil burned for power generation.

Federal Iraq's crude consumption in power plants reached 464,000 b/d in May, according to SOMO, and is likely to rise in June and July with the onset of summer.

"By the substitution of direct burning of crude with gas and fuel oil, we will be in a better position to export those barrels," Shatari said.

SOMO markets crude on behalf of Iraq's federal government; the semi-autonomous Kurdistan region in the north of the country independently exports its own crude.

SOMO created the medium stream by splitting Basrah Light, the country's largest crude stream at the time, into two, to preserve the stability of its grades and meet customer demands. Basrah Light exports reached 1.097 million b/d in January, but in May they were 780,000 b/d, SOMO data shows.

The two biggest markets for Basrah Medium are demand-hungry India and China, which are buying nearly equal volumes of the grade, Shatari said.

In May, Iraq was the third biggest oil exporter into China, after Saudi Arabia and Russia, and was the top oil supplier to India. China is the world's top importer, while India is the third largest.

Despite surging coronavirus infection rates and lockdown measures in India, Shatari said Iraq's crude shipments to the country have not diminished.

India imported 954,000 b/d of Iraqi crude in May, compared to 1.11 million b/d in April and 1.05 million b/d in March, according to data analytics firm Kpler, but look set to rebound in June.

Increasing competition may be coming from Iran, which is locked in difficult negotiations with the US to reinstate the nuclear deal and relax sanctions on Iranian oil sales.

India could be a battleground for Iraq and Iran, and Shatari said SOMO will defend its market share.

In 2020, Iranian crude inflows into India dropped to zero for the first time due to sanctions, giving Iraq an opportunity to grab a market share of as high as 25%.

Iran supplied 795,000 b/d of crude to India in 2017, the last full year before the US withdrew from the nuclear deal and reinstated sanctions on Tehran, according to shipping data.

US-Iran tensions continue to remain high, and no outcome of the nuclear negotiations is assured.

"From my talks with customers [globally], they realize the position of Iraq as a future supplier of energy and crude oil ... for their refineries, rather than maybe others who may not be in a position to keep their momentum and stability in satisfying their needs."