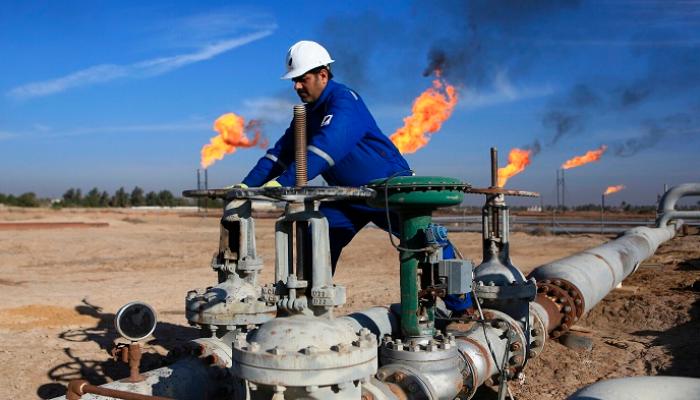 Shafaq News/ Iraq is redirecting crude flows from its primary customer base in Asia to refineries in Europe — and may soon be able to offer more volumes with the upgrading of a loading port, officials with state marketer SOMO said May 12, as Western countries have sought to wean themselves off of Russian oil.

“There is more European interest for us now that China and India are buying more Russian oil,” one official told S&P Global Commodity Insights on condition of anonymity.

This is a slight change in policy for Iraq, which in recent years had earmarked around 70% of its oil for Asian buyers, underpinning the push by OPEC’s second-largest producer to prioritize sales to its most lucrative market.

But countries like China and India have rekindled their appetite for Russian oil, which has been trading at record low prices since the invasion of Ukraine. Meanwhile, Europe, which used to be the largest buyer of Russian crude, is seeking alternatives.

“We are now seeing adjustments of our traditional crude flows. … Refineries in Northwest Europe are looking more at our crudes,” the official added, emphasizing the quality similarities between Iraqi crude and Russia’s flagship crude Urals.

European crude traders echoed the comments. They said Iraqi grade Basrah Medium had emerged as the crude of choice for Mediterranean and Northwest European refiners switching from Russian Urals.

“Crudes like Iraq’s Basrah Medium and Basrah Heavy are placing well into Europe, but in Asia it is being displaced by Urals, and Chinese demand is not [very strong],” a crude oil trader said.

“Basrah crudes will most likely benefit from the sanctioning of Russian crude,” a second crude oil trader said.

Both Basrah Heavy and Basrah Medium are loaded from the country’s southern oil export terminals and single point moorings in the Persian Gulf.

Traders said the OSPs for Basrah Medium and Basrah Heavy into Europe for June were cut $1.90/b month on month, making them more attractive and a knock-on effect of the big fall in Urals value since the invasion of Ukraine.

Russian crudes such as Urals have seen their values plummet since its invasion of Ukraine.

The medium sour grade Urals was assessed at its lowest level ever relative to Dated Brent at minus $35/b CIF Rotterdam on May 11, according to S&P Global’s Platts assessment.

The price of Russian Urals CIF Rotterdam has averaged $78.92/b since February 24, when Russia invaded Ukraine, according to S&P Global data. This compares with Iraq’s Basrah Medium which has averaged $107.01/b.

Russia is a significant supplier of oil to the world, exporting more than 7 million b/d of crude and petroleum products, or some 13% of the total oil trade.

Europe is particularly dependent on Russian oil and was importing about 2.7 million b/d of crude and another 1.5 million b/d of products, mostly diesel, before the invasion of Ukraine.

On May 4, the EU said it planned to phase out imports of Russian oil into the trade bloc by year-end. But due to self-sanctioning, some European refiners and independent traders have already slashed seaborne flows of Russia’s Urals crude, heavy fuel oil, vacuum gasoil and naphtha into the region.

Iraq expects more of its crude oil to flow into Europe in the coming months, as refiners are looking to make up for the shortfall in Russia.

The volumes could be boosted with repairs to a single-point mooring at the port of Basra that are scheduled to be performed in June, SOMO officials said. When complete, the revamped SPM will add 100,000 b/d of export capacity.

Current exports from Basra are capped at 3.27 million b/d, the officials said, because of damage sustained by loading infrastructure over the years.

Refineries in Europe are often complex and rely on a diet of crudes such as Russia’s Urals, Iraq’s Basrah Medium and Basrah Heavy, the UK’s Forties and Saud Arabia’s Arab Light.

Russia’s Urals is classified as a medium sour grade, with a specific gravity of around 31-32 API with a sulfur content of 1.7%.

Medium grades are within 25-34 API range, while heavy crudes normally have a specific gravity lower than 25 API.

Adviser Saleh: sovereign wealth funds must have been introduced in Iraq 18 years ago