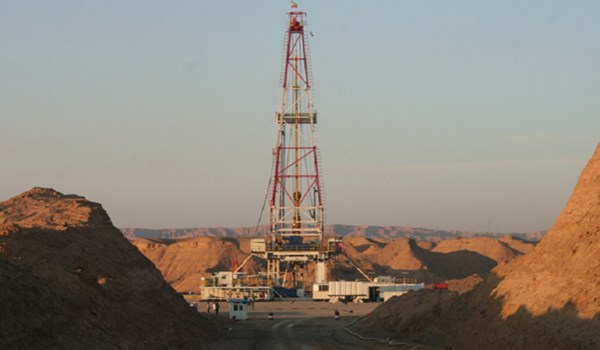 Shafaq News / Iran announced today, Monday that its production of oil and gas in the joint oil and gas fields exceeds the neighboring countries.

Iranian Oil Minister Bijan Zangana said in statement during the ceremony of signing contracts for projects to preserve and increase oil production, that "Iran's production capacity in joint oil and gas fields exceeds the neighboring countries," indicating that "despite the imposed embargo, any oil platform has not been disrupted the work."

Zangana stressed that "Iran does not wait for foreign companies to continue their activities in the oil sector without them, even though their presence accelerates the work.

Zangana considered that "the implementation of projects to preserve and increase oil production concluded today is a message to confirm that work is underway, and that Iran will remain, and the embargo is gone."

The Executive Director of an Iranian Oil and Gas Company announced, in the middle of this August, that 60 percent of the company's oil production from the West Karun region is through the fields shared with Iraq.

It’s noteworthy that there are 24 joint oil fields in Iraq with Iran, Kuwait and Syria, 15 of which are productive and the others are not exploited. The most prominent of these are Safwan, Rumaila and Zubair with Kuwait, Majnoon and Bavarian with Iran.