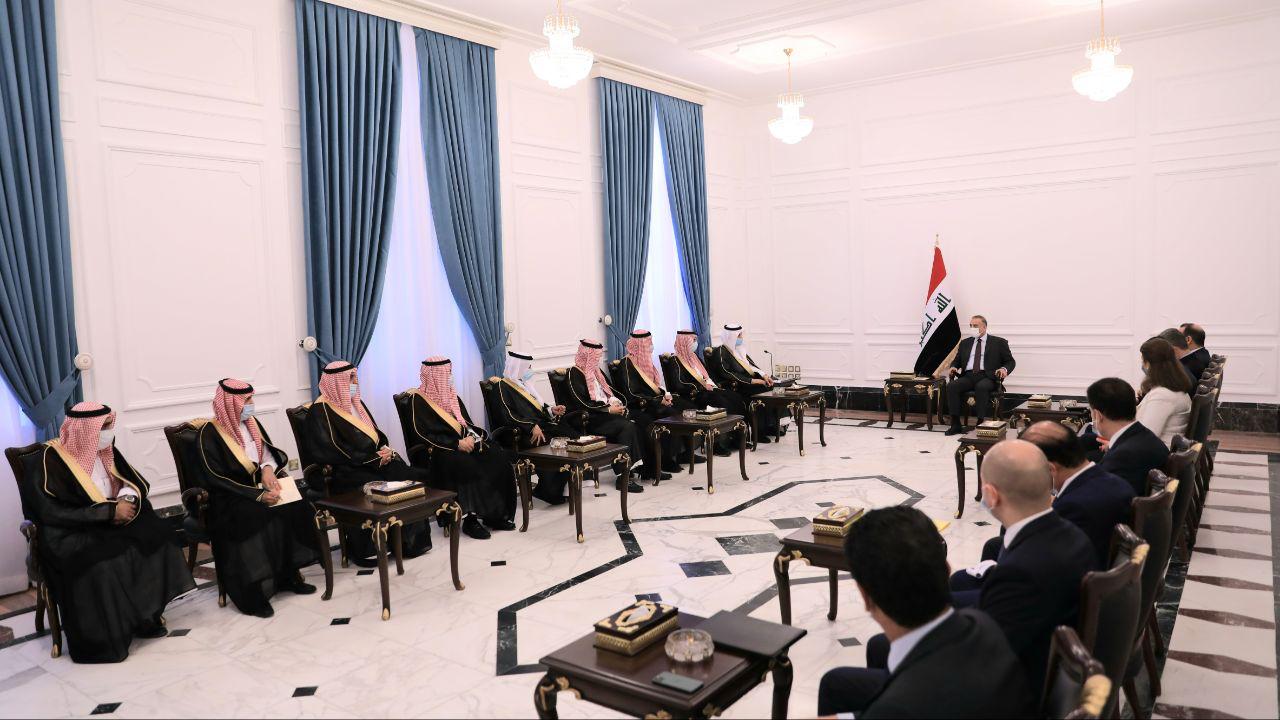 Shafaq News / The Prime Minister, Mustafa Al-Kadhimi, received on Sunday the members of the Iraqi-Saudi Coordination Council, which is holding its meetings in the Iraqi capital, Baghdad.

Al-Kadhimi stressed the importance of holding these meetings, which lead to developing the bilateral relations between Baghdad and Riyadh, and enhance the prospects for cooperation in various fields, in a way that achieves the interests of both countries.

The Iraqi PM highlighted during the meeting the investment opportunities available to Saudi companies in Iraq, stressing the government's endeavor to eliminate all the obstacles facing companies considering investments in Iraq. Al-Kadhimi explained the importance of activating joint projects between the two countries within the framework of the Arab League, as well as developing work in the oil market.

A Saudi delegation arrived in Baghdad today, Sunday morning, to hold the meetings of the Iraqi-Saudi committee. The delegation includes officials from the ministries of energy, electricity, oil, industry, environment, and representatives of major Saudi companies.