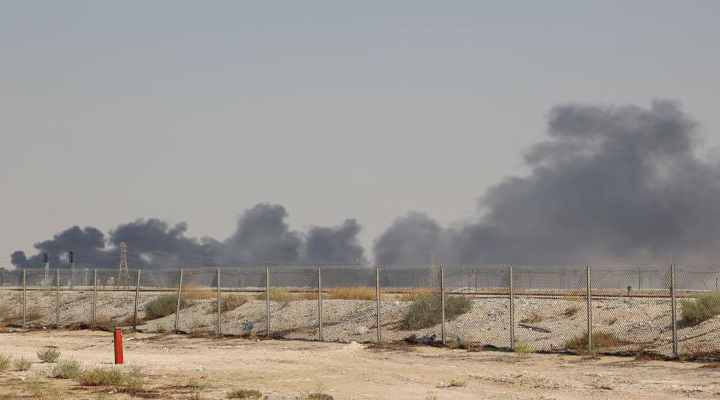 Shafaq News/ An informed source with the investigation about targeting  two Saudi Aramco factories in Abqaiq region revealed that the attack was carried out by drones taking off from Iraq not from Yemen, according to preliminary information.

The official told CNN that the damage in this attack was caused "armed drones attack ", as he describe it.

"Tehran is behind nearly 100 attacks on Saudi Arabia, while Rowhani and Zarif claim to be engaged in diplomacy amid all calls for an end the escalation, Iran has now launched an attack on the energy supplies ," the US secretary of state said in a tweet on his social networking site. "There is no evidence that the attacks came from Yemen."

"We call on all countries to publicly and unequivocally condemn Iranian attacks. The United States will work with our partners and allies to ensure that energy markets remain well supplied and that Iran is held accountable for its aggression," Pompeo said in a separate tweet.